Born and raised in Co. Kilkenny, Ireland, Ali Comerford started playing and studying classical music at the age of 4. After obtaining a Masters of Violin Performance from London's Royal College of Music, she relocated to New York, completing a Masters of Music in Viola Performance at the Manhattan School of Music on scholarship. Ali’s journey in music has seen her grace the likes of New York’s Carnegie Hall, London’s Royal Albert Hall and Dublin’s National Concert Hall. She has toured the world with Lincoln Center Stage, playing sold out shows around Australia, New Zealand and the United States. After years as a freelance musician for various string ensembles and chamber orchestras in New York, January 2020 saw Ali come home to her native Jenkinstown in Co. Kilkenny. Faced with her biggest stretch of free time in 14 years, Ali used her artistry to process and bring closure to the various ups and downs oflife she experienced during her time traveling the world with her craft. 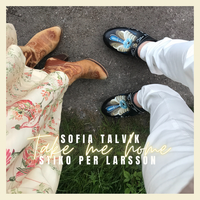 Sofia Talvik is a Swedish musician and singer-songwriter. Her music often blends elements of folk, pop and Americana; she also uses a lot of acoustic instruments in her songs, including violins, cellos, trombones, and acoustic guitar. She released her debut album, Blue Moon, in 2005. Recorded and produced by Talvik herself, taking 40 hours to record. After that, she kept releasing new album pretty much every two years. Nowadays, she has about ten albums and various EPs to her name.For her new release, a duet called Take Me Home, she teamed up with her longtime friend, singer/songwriter Stiko Per Larsson who has released 7 albums to date, the latest one, Fri fågel, came out this year.

When two giants of the Irish creativity join forces, you can expect the unexpected, witness the unseen, unearth the feelings burried deep down. Be enchanted. And this is exactly what happens when Rónán Ó Snódaigh, frontman of renowned band Kíla teams up with Myles O'Reilly aka Indistinct Chatter, filmmaker and musician well regarded basically for everything he does. You can be sure that whatever he does receives rave reviews and the collaboration with Ó Snodaigh is no exception.

Gerard O’Hanlon or professionally known as “Ger”, Is a 22 year old singer/songwriter from Cork, Ireland. GER began his music career from a young age and started to build a small following on social media platforms while entering singing competitions and attending both music and voice lessons through his teenage years. He decided to further his music career by attending the University of Limerick to study music in 2017 and in 2019 moved to the noted music college BIMM in Dublin.

Pop Wallace is a singer/producer from Co. Carlow, Ireland,  currently based in Phoenix, Arizona. In 2013, he moved to the US, after meeting his American wife in Ireland. “I used to write and play a lot. And then I moved to America and… did nothing for eight years. But the pandemic made my friends start making new music. Soon we’re thinking of starting up a label, and last year, I started learning to produce music.” He co-founded Poxy Records in 2020, alongside hip-hop producer Willhouse and songwriter/producer Lenny Melon. “Link Up”, Wallace’s debut single was released in June 2020. It was popular enough to warrant a successful crowdfund for an entire full-length album for Pop Wallace, “Good Boy”, whose limited edition vinyl record became Poxy Records’ first physical release in less than half a year of its existence. 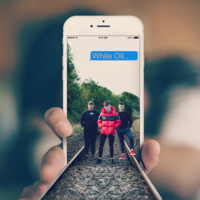 KinetiX is comprised of 3 brothers from Co. Offaly, Ireland - Arthur (drums), Ademar (keys/synths), and Theodore (vocals). They amalgamate a variety of elements from differing genres into their music, to create their unique style of pop music. Arthur, Theodore and Ademar Stones began learning traditional Irish music, on the banjo, fiddle and button accordion. They enjoyed success in the traditional Irish music scene, collectively winning 23 All-Ireland solo medals at Fleadh Cheoil na hEireann competitions. In 2010, they played on the Late Late Toy Show, playing the accordion, banjo and bouzouki. 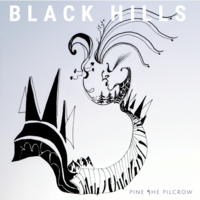 Ambient folk collective Pine the Pilcrow present their latest track “Black Hills”. It follows the band's April 2020 single “If It’s True”, a postcard from their journey into seismic sonic territory. As a further departure from the quartet’s minimal beginnings, a host of new instruments and techniques are deployed in Black Hills. Peppered generously with producer Alex Borwick’s impish wizardry, the piece is alive with percussive pulsing rhythms from pizzicato strings to foot stomps, sparkles of piano to banging hunks of metal… like a tapestry woven from nature's chaotic fabric.

To date, Mick Flannery has released six studio albums, three of which reached No. 1 status in Ireland. His last offering in 2019 was widely lauded as his finest to date: ‘Mick Flannery has a voice for the ages, a complete Master of his craft’ cited by Clash Magazine, whilst The Sunday Times said he “conjures up exquisite story-telling’.  Having wowed huge festival stages over the past few years, moonlighting with Irish dance band ‘King Kong Company’ and accompanying the queen of traditional music Sharon Shannon on her international tours, Susan has spent the last few years honing her craft as a solo performer. A songwriter of hidden depths, with a timeless voice that is equal parts balm and blowtorch. She is audacity personified, a free spirit. A real performer.  As of now she is Ireland’s best kept secret, however with the release of ‘In the Game’ that is guaranteed to change. 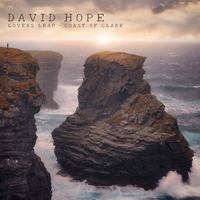 David Hope is a Clare based singer – songwriter. ‘...and the Sea’ will be Hope’s fifth studio album release. Hope has toured extensively in both his native Ireland and mainland Europe, averaging in excess of 200 shows per year. During this time, Hope has built a reputation as one of the very best live performers on the touring circuit today. ‘Lovers Leap (Coast of Clare)’ is the highly anticipated first single from aforementioned album. It is released globally on Swiss music label, TOURBOmusic.