Jim McHugh - Should Have Lied (single)

From the Farney drumlins of Co. Monaghan, Ireland, multi-instrumentalist Jim McHugh brings a new edge to the folk tradition, blending traditional and indie styles with up-tempo beats. In 2016 he drew upon his past and recent musical experiences to record an album of new songs entitled ‘Noise Machine’, nicely summed up by Pete Whalley as ‘Indie folk-driven rock that has a vibrant beating heart’. Jim’s second album ‘My Nuclear Radio’ followed in 2019. 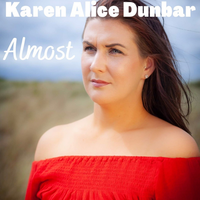 Karen Alice Dunbar is a Wexford based singer-songwriter & music tutor. She played classical piano from a young age & took up guitar while studying Music and Drama at University College Cork where she began writing poetry & songs to deal with the "big move" from Wexford to Cork. She has always been massively influenced by pop music, her earliest memories being of singing and dancing along to an ABBA video cassette belonging to her Mum. Discovering Jewel Kilcher in her late teens lead to a massive influence in folk & country music, leading her onto the greats like Carol King, Bob Dylan, Fleetwood Mac, Johnny Cash, Joni Mitchell, Bruce Springsteen etc. Her music today could be described as pop-country.
She has taken 3 trips to Nashville where she performed in venues all over the city & collaborated with other songwriters, and she has also toured and spent many summers in the Greek Islands of Ios and Paros - holding a special place in her heart.She was a semi finalist with her song "Waiting for your Love", on RTE reality show "The Hit", in 2013, featuring songwriters having their songs chosen for consideration by established artists. She released her debut EP Marionette in 2017, produced by the late Gavin Ralston.

Everybody deals with current situation differently. For musicians and arts in general, it's not the best of times but perhaps having more time on your hands boosts the creativity? That is certainly the case of Hothouse Flowers multi-instrumentalist Peter O'Toole who used the time given in a productive way and recorded his first ever solo album at home. Would you believe he hasn't released anything of his own before? Well, some talents remain hidden till it's their time to shine. Skilled musician and gifted songwriter sneaks a song or two in a set at gigs, his talent is given more space to reveal itself when he tours together with Liam Ó Maonlaí. But it was during lockdown he let his creativity flow freely and the result is a stunning album of 10 songs on 10 instruments, played by one man, recorded on one mic.

In 1999 at a school in the neighborhood of Saavedra in Buenos Aires two strangers met on an improvised stage. Playing some Megadeth and Deep Purple’s tunes, they drove the varied crowd crazy. Ariel Bellizio (guitar) and Alejandro Lopez (drummer) would never been separated, even though they were thrown out of school after the episode…A ten years old Marcelo Malmierca, son of an unknown jazz drummer, went mad while listening to King Crimson, ELP, Van Der Graaf and Astor Piazzolla and lost his mind years later making his own synthesizers hoping to reproduce the sounds that they left in his head.Juan Manuel Lopez known as the argentinian with the widest knowledge about KISS, loses his composure after listening to “Sheer Heart Attack” by Queen. He’s currently studying life and work of David Bowie while playing bass.Santiago Burgi, a well known Opera singer, also a great fan of heavy metal give the edge in the voice roll.Fate brought them together under the name Fughu. 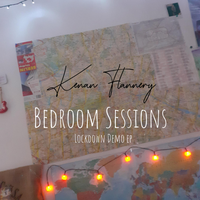 Kenan Flannery is a 21 year old award-winning songwriter from inner city Dublin. He began playing guitar from the young age of 5 years old and from the beginning fell in and out of love
with music but in 2016 he began to really commit himself to the artform and by years end he was awarded the Songwriter award at the Irish Youth Music Awards in the Aviva Stadium.
He went on to release two successful singles and play in some of the biggest venues across Dublin including Croke Park, Aviva Stadium, Smock Alley Theatre, The Helix Theatre,
Workman’s Club and The Sound House, just to name a few.  These past few months weren't easy for musicians and artists of all sorts and Kenan Flannery kept himself busy and recorded a 5 track EP with the intention to fill the need for music. Flannery had been working on a studio recorded EP to be released this summer and had a headline show planned. He also had a big show coming up in the Button Factory and a festival booking in Montana, USA. He threw himself into work and this is the result.

Hometime - The Sound of Heartbreak (single)

Hometime - Tony Kavanagh from Dublin, Ireland s a versatile pop artist. From the songwriting and the vocals to the design, the promotion and the funding, the entire project is entirely self-managed. Tony remains busy on the songwriting front – for himself and for others. While his songs are rooted in his experience as a gay man, their universal emotional heart translates well for other artists. Five co-writes featured on recent RTE Radio 1 Album of the Week, 45RPM by Gavin Murphy – including the album’s four singles. HOMETIME created a buzz earlier this year with début single, GRATITUDE. It reached No.4 on the Irish iTunes pop singles chart, notched up 23K Spotify streams and gained airplay in Ireland, the UK, the US and Canada. New York dance maestro/label executive, Vinny Vero, and British pop icon, Alison Moyet, both lavished praise on the track. Vinny Vero even invited Hometime to remix a track by one of his acts for an imminent big-label album release.

Belfast based musician Myles McCormack occupies a very special place within the Irish music community. Beyond his work with innovative trad/fusion group Lonesome George, Myles crafts careful, considered tales under his own name. In 2019 he released his debut solo album with a sold out show in Belfast’s Duncairn Arts Centre. Also an accomplished traditional musician, he kicked off 2020 on a US tour singing and playing mandolin with Irish traditional stalwarts Réalta, and has been working on new music at home since the lockdown began. Making the most of this time away from the live circuit, Myles produces his music from home, while also working on a new album with his band Lonesome George.

Living in the west of Ireland, Gavin Murphy hails from Dublin's North side. He's the lead guitarist and band manager of the successful Smiths tribute band These Charming Men, which he formed in 1995. Working as a session guitarist, both live and in the recording studio, led Gavin to writing songs of his own. His debut album "45 RPM (Replay Past Memories)" is trailed by three singles. The latest, “Shipwreck Gold,” has been play listed on KCLRFM and was made Ocean FM's Single Of The Week. It follows his début single "My Regret," also an Ocean FM Single Of The Week, and well received across national radio, including RTÉ  Radio 1. The album was co written, performed and produced by Gavin in his home studio in Sligo. His eldest son Daragh  lives in Oslo and is an accomplished guitarist and music producer. He co-produced three tracks on the album, and has played on a number of the songs.

5th Machine - Back in Time

5th Machine is Brazilian melodic rock band. Their music will take the listener on a journey back in time. Even the cover of their debut album Back In Time, showing an image of a steam locomotive, ilustrates the sensation of travelling. That maybe a bit weird yet welcoming in current climate. So pack your bags and get ready for the ride!

Canadian born, but raised in Ireland, Cormac Russell has taken his music across the globe, including England and China. He released his second album titled 'Nately's Whore' in September 2019. Playing all the instruments himself, he draws from a diverse range of influences; from contemporaries like Mac DeMarco and Nick Cave to literary giants like Walt Whitman. The album takes its name from a character in Joseph Heller's Catch 22, and this book played an important role in the work's evolution. In the mean time, he launched the album at The Workman's Club, Dublin and appeared on Irish radio. Regicide is his third album.