Vox Deluxe - Too Fast for the People (single)

Vox Deluxe are a UK (Kent) based vocal group, featuring two former members of the now defunct band KRY. Pat Reilly and David Reilly are both vocalists and multi instrumentalists. Vox Deluxe are currently recording their debut album. Current single Too Fast for the People follows their previous releases Just a little and Right in Front of You.

Nigerian-born and Ireland-raised, Sean X is Dublin based singer/songwriter/producer living by his pirate code of experiencing all that life has to offer with no regrets. Inspired by the Weeknd, Michael Jackson, and Bobby Brown, Sean X never shies away from expanding his limitless genre X. From moody synths to his electrifying pop sounds with a dash of afro inspired vibes, he loves to perform and connect with his audience through his music and experiences. Sean has performed across the country including gigs at Electric Picnic, the Bold Motel Stage, and the Button Factory. Sean loves performing for meaningful causes, and was a part of a suicide awareness charity event entitled SUAS in the Workmans. Sean X is set to release a new single, “XXX.” The single is the first release off his upcoming EP “Life of a Lonely Pirate” expected this July. With moody synths and hypnotizing vocal melodies that sit atop a driving beat, Sean X tells the story of the aftermath of a toxic relationship.

Dublin based composer BK Pepper recorded his debut album in a number of locations, from Abbey Road to a converted swimming pool and the hard graft paid off with acclaim from not only the Irish media but international radio and blogs too. Classically trained on piano and trombone, BK Pepper’s musical projects include composing for film and theatre as well as touring with both orchestras and rock bands. After many years performing and releasing collaboratively, BK finally released his own collection of songs. After a truly amazing reception to his debut album 'Territories' late last year, BK Pepper is announcing another magical project, in a 4 song live EP and accompanying video in the unique picturesque setting of the 16th Century Rathfarnham Castle in South Dublin. To celebrate the announcement he is releasing the video to his song 'Need To Know' from the project. 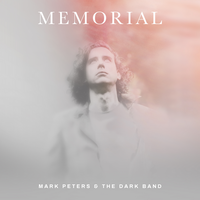 Formed in 2017, Vienna based ‘Mark Peters & The Dark Band’ by Mark Peters, originally from London who started out playing as a duo with drummer Fabian Natter in 2016. Bassist Markus Manahl joined the duo for the release of Peters’ first EP ‘Spirits’ in 2017. The line-up was completed in 2018 with guitarist Martin Burtscher stepping in to work on the second EP ‘Sum of all Parts’. Following two central European tours the group began to work on their first album which came out last week.

Over the last 20+ years Daryl Ball has earned a reputation as a talented singer/songwriter with the bands Stripped and Bateleurs. Together with these bands he has released several well received albums and EPs as well as performed around the world including such iconic venues as CBGBs in New York, The Ulster Hall in Belfast and Glastonbury Festival. 2018 saw the first of several popular solo releases culminating in a debut solo album Better Days released summer 2019. 2020 continued with more solo work plus performances and recordings with a new duo Turn The Page covering songs spanning the last 25 years. He recorded his EP Everyday People during lockdown. 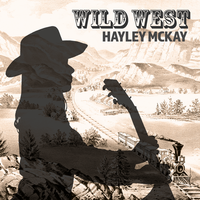 Hayley McKay is a singer/songwriter from north east, UK. Displaying an incredible vocal range with a distinctive all-round style, which can effortlessly leap from earthy and soulful raw emotion to soaring and ethereal angelic tones, Hayley has been likened to Eva Cassidy, Joni Mitchel, LeAnn Rimes and Kate Bush. An accomplished and insightful songwriter, who effortlessly captures deep emotional sentiment with moving sincerity, she has co-written with twice Grammy-nominated songwriter Jan Buckingham (Whitney Houston) in Nashville, performed in Bob Harris’s home studio for his Under the Apple Tree sessions, and has supported Tom Jones, Albert Lee, Scouting for Girls, Martha Reeves and Hazel O’Connor.

T.Cole is the alias for Tunolase Margaret Cole. Born and raised in Drogheda, Co. Louth, the singer began singing at the age of eight in her local church choir – for which she and her friends auditioned by singing a remix of ‘Push It to the Limit’, from Scarface, with the words, ‘I Wanna Join the Choir’.  Encouragement and training from her local community in Drogheda, several years in a band, and joining forces with her friend and manager Mani, led her to feel she was ready to step out and begin a solo project. She was spotted by LJ Platform, and joined the agency’s roster in 2020. With a strong debut, ‘Thankful’ already under her belt and a steady stream of strong singles ready to follow, T.Cole is ready to join the best of the rising talent emerging in Irish contemporary pop today.

Pontious Pilate & The Naildrivers - Own Your Spectrum (single)

Pontious Pilate & The Naildrivers have been writing, performing and independently releasing their own music for a number of years now, to a loyal and growing audience. Now, in association with FIFA Records, comes their latest single ‘Own Your Spectrum’, taken from their full-length debut album due out later this year, “Kick The Megaphone”.

With over 200,000 streams on Spotify, combined video views of over 2 million, music shared by Coldplay and supporting the legend Dodie......Belfast born Owen Denvir at only 30 has asserted himself as one of the finest singer songwriters around. He has released two ouf of three EPs in the last few years. When complete, this trilogy will form his debut album. Each of the EPs has it own theme. As Denvir says, the EP trilogy idea is based on Sigmund Freud's theory that personality is a sum of 3 parts: the Id (acting on raw impulse), the Ego (being terrified of consequences) and the Superego (the balance between the two). The first EP ("Sticks") deals with loss and delusion and the impulsive decisions we make while in the spell of 'love'. The second ("Stones") being a more confident but brash take on love, and finally the last EP ("Bones") is when you have the balance between the two, which mostly leads to more healthy relationship.

Susan Quirke - Into the Sea

Susan Quirke is a singer. songwriter, musician, meditation teacher and also multi-award winning social enterpreneur for her work in the field of wellbeing and mental health. Originally from Oola in Co.Limerick, now based in Lahinch in the west coast of Ireland in Co.Clare, her music and meditation work have been featured on various national outlets in Ireland. She has performed and lead mass meditation experiences from the main stages of major Irish festivals such as Electric picnic and Body and Soul and for societal and cultural events like StandFor Truth where she lead meditation for 6000 people. She has released 4 singles to date and played venues throughout Ireland, US and Australia. Into the Sea is her debut album.