Afterbliss - Shout It Out (single)

Formed in 2019, Afterbliss' blend of melodic rock, hard riffs and indie synth pop have firmly cemented them as one of Dublin's most interesting and exciting acts to emerge in recent years. The origins of the band can be traced back to 2018 when guitarist/synth player Alex Burcea and drummer Ally Pender, who had played together in a previous band,  realised they had a strong creative spark. They pair up together a handful of early songs and co-founded the group. The current line-up was completed with the addition of lead vocalist Evan Cassidy, guitarist James O'Gorman and bassist Shane Waldron who helped shape the band's sound.

Dublin artist Sorcha Richardson is releasing a new single 'Archie' along with a stunning cinematic video . ‘Archie’ is a coming-of-age tale based upon friendship rather than love, and those big open road dreams of where that naive, teenage love of music may one day take you. It’s also symbolic of Sorcha’s disregard for genre expectations. What starts as dusky, desert folk suddenly takes on a grander, majestic elegance. It is the highly anticipated follow up to Sorcha's debut album ‘First Prize Bravery’ and she has garnered almost 48 million streams on Spotify alone. Sorcha has just finished supporting Villagers on a European Tour in May along with a special showcase event in LA as part of the School Night Show and played the Barbican, London show on May 26th.

Fergal Nash is a singer/songwriter who hails from Limerick, Ireland. Specializing in catchy pop/rock guitar tunes along with quieter ballads. He released his well-received debut album “Take It Over” in 2013 (“Rather Excellent” Alan Owens, Limerick Leader.)  and "Pieces of Everything"  is his second offering, released in 2015 & featuring a rawer more direct sound, but retaining the melodies & axe hooks.

Upcoming Cork artist EMMO (pronounced 'M - O') is fresh off the stage at the marquee in Cork supporting The Coronas and from a series of sold out headline shows in Winthrop Avenue, Whelan’s and The Workman's Club and a German tour, EMMO and is at the cusp of an industry breakthrough. Having just released his debut single ‘Still’ in April 22’, Emmo is receiving huge support across national and regional Irish radio ( 96FM, 2FM, Red FM, BBC ULSTER, KCLR, KFM, OCEAN, NORTHERN SOUND and RTE recommends playlist) as well as across German, UK and Greek radio. Invited by Ovation Guitars to perform at The German Songwriter Awards in Berlin. His song "Little Bird" received critical acclaim from a panel of industry judges including Universal Music & Sony Music making it through to final stage. 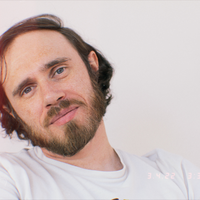 James Vincent McMorrow is a platinum-selling artist who has independently clocked over 1 billion streams and seen his music travel everywhere from Drake's Views to Game Of Thrones.  An always-unpredictable, multifaceted talent, over the last decade, James Vincent McMorrow has established himself as an artist of signature style. On his own intuitive terms, James' bigger-picture approach to each project may vary, but the idea of doing exactly what you need to do, and at exactly the right time, remains a constant. He has emerged as that rare modern act as integral to the worlds of hip-hop and textured R&B as he is the singer-songwriter roots of his early days. Behind McMorrow's instantly-identifiable voice was a heartfelt, sometimes-cryptic storyteller - who, on his new music, also appears to have come to understand himself on a deeper level. 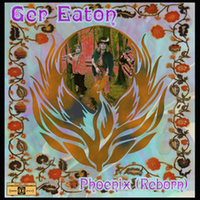 Dimple Discs (who have released groundbreaking Irish music from Telefis, Cathal Coughlan, Keeley, Eileen Gogan with Sean O'Hagan, and more) are thrilled to announce the new single from revered Irish composer/musician Ger Eaton (pronounced Jair, short for Gerard). A multi-Instrumentalist, songwriter, hair stylist and retro-vintage aficionado, this iconic and stylish gentleman is most recently known as keyboardist/guitarist for Dublin alt-rock heroes The Pale. Indeed, Ger has been a mainstay of the Irish music scene for many years as a member of Premonition (EMI), Las Vegas Basement (Columbia), Les Marionettes, Pugwash, The Carnival Brothers and many solo and collaborative recordings. Throughout this time he also recorded and toured extensively with, among others, Mundy, Duke Special, Jack L and Fionn Regan, playing everywhere from Glastonbury Festival to the ‘Later With Jools Holland’ TV Show.

Irish singer-songwriter Davie Furey’s new single, “History,” is an anthemic slice of Celtic-folk-infused, synth-bolstered jangle pop begging to echo off arena walls. It’s a sound as big as its carpe-diem call to action: Stand up straight with your eyes wide open … If you're not with me get outta the way … Now’s not the time for hard luck stories, now’s not the time for former glories …  It’s our time, to make a bit of history

Von Venn is the main project of songwriter Gary Cox. The name for the project/band derives from the concept that we become who we are based upon the intersection of life experiences gathered, people we meet and lessons we learn along the way. Similarly, the songs are an intersection of musical styles that influenced that Gary’s song writing, artists such as Radiohead, Jeff Buckley, The Blue Nile, John Martyn, John Lennon and many more. The result is primarily guitar centred songs that examine the intricacies of human nature and experiences. The aim is to craft something for everyone to connect with and explore at an emotional level. Hope, regret, loss, longing, nostalgia, attraction, love is all explored.

Donna Dunne, a legend in her own time, has already toured the USA, Europe, The UK and Ireland, working on stage and in studio with legendary jazz, rockabilly, blues and psychobilly musicians Jimmy Smith (The Bogey Men), Doc O’Connor (Late Late Show Band), Phillip Doyle (Diablo Records, Demented Are Go, Klingonz), Anto Drennan (Mike & The Mechanics) and even Jedward on their tour after X Factor success, having achieved a UK Rock n Roll Charts #1 album with the 2017 album Voodoo, beating The Stray Cats to the top spot and receiving praise from press and industry alike including Louie Walsh.