A treasure worth digging up 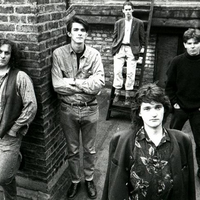 What would you do if somebody suggested to review of a gig that took place 30 years ago? The first thought might be: what’s the point? Too late now. Well, there are special cases where certain gigs deserve to be mentioned and written about even after all this time. That’s exactly the case of a gig that took place in November 1989 in Dublin at a venue called Beal Bocht. Sadly, the venue closed soon after and was demolished in the early 1990s. Interference don’t need a long introduction. Legendary band centered around singer, songwriter, painter and all around inspirational human being Fergus O’Farrell.

Mamasongue - a labour of love after loss

Camilla Griehsel has a voice that heals. Originally from Sweden and based in west Cork, she has over thirty years professional experience from pop recording artist to avant-garde opera, from traditional jazz to South American folk. She is dedicated to bringing people together and connecting hearts through the power and universality of song. She's also known for her involvement in legendary band Interference for many years. She was married to Colin Vearncombe aka Black whom you may know for his hit Wonderful life. Colin passed away in January 2016. In a space of a week Camilla lost two important people in her life (Fergus O'Farrell was originally supposed to sing at Colin's funeral but died exactly a week after his friend) and the idea of Mamasongue was born. A true labour of love where the power of music helps you heal.

An acoustic gig can't hide anything 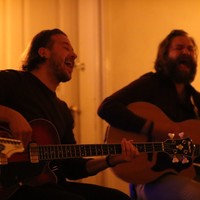 There are bands whose style differs from the rest. An intimate venue can only highlight their artistry. A pleasant environment for those who enjoy fine music. Those who came to see The Shookies at Kafara in Brno on Saturday November 2nd had the opportunity to experience just that. The Shookies are a band from Brno (so this could be considered a hometown gig), have been playing for nearly ten years. Last summer their biggest dream came true and they supported the legendary Irish band Interference and Glen Hansard at Jazz tibet club in Olomouc. They released their second album called Sooner or Later earlier this year, spent five years working on that. But hard work always pays off. 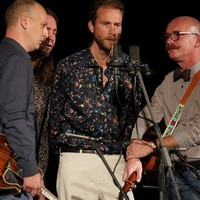 Bluegrass band Reliéf has been on the Czech music scene for quite a while and they've been considered among the best in the genre. Some of their songs were even recorded not only by Czech but also American bluegrass bands.

What do you do when you can't sleep? You start to play 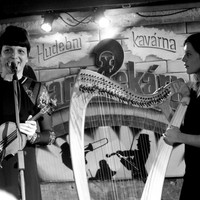 This is an advice that may have got stuck in the heads of those who braved the rainy weather on wednesday October 9th and  attended gig of the group Deliou in the Stara pekarna club in Brno, Czech Republic. Deliou means "foliage" in Breton. A perfect soundtrack to the gloomy autumn day.

Charisma that can cross boundaries 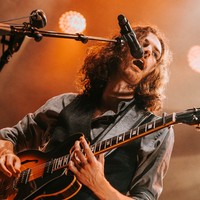 Charisma is a powerful tool if you have it. It’s something you have to be born with, can’t be learnt over the years. The two artists who came to play at  Forum Karlín in Prague on August 27th certainly have what it takes to silence a room of a few thousand heads.

Falling in love with the city 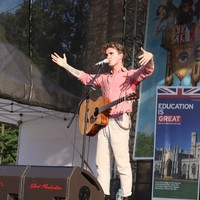 Irish songsmith David Keenan is without doubt someone most of you have already come across. He first came to public attention in 2015 where a taxi driver filmed him singing in the front seat of his taxi and later put the video on Youtube. And it has taken off since then for David. Appearing in the legendary Other Voices in Dingle, broadcast on RTE, sharing the stage with the likes of Hothouse Flowers, Damien Dempsey or Glen Hansard ( who took him on tour to USA last year), David has recently recorded a debut album A Beginners Guide to Bravery which is going to be released on August 16th.  And on May 31st this rising talent came to play the Czech Republic for the very first time at United Islands of Prague festival.

Let the music speak - no words are needed 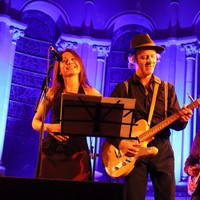 Some events are attracting the audience because they're taking place in a special location or there is some not-to-be-missed artist performing. The start of St.Patrick's Day weekend in Cork had it all - a breathtaking venue of the former church of St.Luke's. It promises an unforgettable night right when you enter. And the artist? None other than the legendary band Interference. Their Cork gigs are always something else. Magical timeless gathering of an extended family. 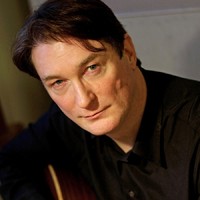 The charismatic Irishman returned to Brno after several years, accompanied by Petr Tichy on double bass and Vojtech Jindra on acoustic guitar. J Eoin comes from Limerick, Ireland but spent nearly thirty years living in London before moving back to Ireland last year. He released his latest album Sunshowers earlier this year, just guitar and vocal.