Strings & Things are a four-piece neo-trad band based in Tipperary with one member in Galway who meld genres of rock, folk, pop, and trad to create their unique sound. They have been entertaining the audiences with energetic live performances, a huge repertoire of traditional music, and thoughtful, innovative original music Now they release their first single “Jigtime” off there highly anticipated second original album dubbed “The Unsolicited Dance” which is due for release later on in the year. Jigtime” started as a poem by Ethel Mongey, mother of band member Sean, who approached the band and asked them to put music to the poem. The poem is about the unconditional love of a mother for her children, and a mother's realization that her kids are growing up and don't need their parents as much. The band is currently managed by Impact Promotions Ireland. 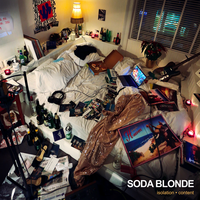 If the staggering vocals of this Dublin group sound familiar, it’s because they are. Soda Blonde wasformed last year by four members of the critically acclaimed Little Green Cars, whose debut album (produced by Marcus Dravs) hit the Number One spot in Ireland and saw them gain a coveted spot on the BBC Sound Of poll. Now producing the music themselves, whilst also creating all the artwork and visuals, Faye O’Rourke, Adam O’Regan, Dylan Lynch, Donagh Seaver O’Leary’s new project finds them operating as fully fledged polymaths.Their debut EP, Terrible Hands which was released at the end of last year. In support of this, the group performed a series of sold out shows in their hometown, toured across Ireland and played 2 UK shows in Manchester and London, leading to them being asked to support Sinead O’Connor at her Iveagh Gardens show (now postponed to the summer of 2021.

Joe S - The Lockdown (Stay With Me) (single) 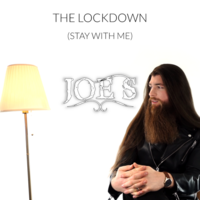 Joe S is the self-proclaimed Anti-Folk artist from Co.Laios, Ireland. He played a show 150 feet undergournd in Mitchelsotwn Cave in April 2018,  released the Kings & Kaisers EP in February 2017, supported Mundy at the 2016 Ourland Festival and also was the youngest ever performer at the festival, as well as headlining some of Ireland's most prestigious venues such as Whelan's, The Sugar Club and the Roisín Dubh. Joe S has three previous studio releases under his belt including his ethereal 2019 single The Mountain, which featured a beautiful Irish Sign Language interpretation by the Midlands ISL Learners Choir in its video. He has spent the current Covid-19 crisis recording his latest single The Lockdown (Stay With Me) as well as its accompanying music video.

Leave a generous helping of pop music to simmer for eight decades and stir through with a crooner harmony, serve with a cold pint of your choice. Since 2018, the band has been about providing soulful tunes to the Belfast public. Comprising of a two-piece – Topher Joe and his guitarist Jordie Sunshine (Dandelion Tea). The band has featured regularly in venues such as The Dirty Onion, and also helps charities such as MACS Supporting Children & Young People. Now, Topher is letting his creative side shine. KOOSKOOS is about celebrating the love of pop music from the past and reflecting the subjects we miss, so don’t be surprised if you hear 50’s rat-pack harmonies and modern melodica lines seasoning a unique vocal tone. 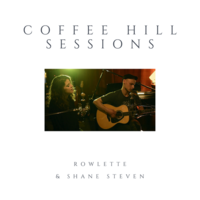 Rowlette is an indie-pop artist, hailing from Co. Mayo in the west of Ireland. As a solo performer with an acoustic guitar, she is known for her powerful vocals, inspirational lyrics and captivating performances. Rowlette’s releases have received radio play on stations across the country, and racked up tens of thousands of plays on Spotify. Well known on the Irish live scene, Rowlette performed a packed-out headliner in Crowbar last Autumn. She then proceeded to join Jack L on his latest tour, performing in venues across the country, including a solo set in Cork Opera House on New Years Eve. Following the success of her track “Letters”, Rowlette is releasing two live tracks “Runaway” and “Nostalgic” with Shane Steven. They met in BIMM (contemporary music college) and have stayed good friends. The tracks are performed in Coffee Hill studios.

Northern Ireland artist CeeV (pronounced like 'Key' but with a 'V' on the end) is releasing her new single Lonely Night. CeeV, who's real name is Caoimhe McAleavey, is based in Newry but began her music career in Manchester studying songwriting at BIMM. Although immersed in music in one of the most creative and music rich cities in the world, CeeV was reluctant to showcase her own songs and instead took a more backseat role while playing in several bands in some of the most recognisable venues in the city. Although she didn't perform her own songs live while in Manchester, CeeV plucked up the courage and shared her work with real live people on Soundcloud and was astonished when her music reached over 30,000 listens. With her confidence growing, CeeV moved home to Newry and began performing her own songs, slowly building a loyal following. Now with her craft as a performer and songwriter improving, CeeV decided for an adventure away from the safety and security of home and moved to another city rich in music and creativity, Ottawa, Canada. Determined to improve her craft she performed in every bar, cafe and restaurant that she could, learning every time she stood on stage. She is now back home.

Boston-born, formerly based in Galway and now in Dublin, with a sound that can’t be tied down; Roisin Lowry is Lōwli: an exhilarating artist whose music marries ‘beautifully arranged melodies’ (Tony Clayton-Lea, Irish Times) with ‘haunting, angelic vocals’ (Hot Press). Lōwli’s debut EP, Feathers, was produced by Christian Best (Mick Flannery, Jack O’Rourke) at Monique Studios. Its hibernal, otherworldly feel comes to life through Lōwli’s beguiling voice; and nearly a year on, is still a release to brace yourself for. Even so, Feathers is just the first taste of ‘a performer with a keen sense for the dramatic twists and turns’ (Jim Carroll, Irish Times).

Erin Ponsonby is a 22-year old singer/songwriter from Glasgow. She has been gigging for a while and has performed in many famous venues around Glasgow. Her debut EP Little Town follows a story through Erin's life, from break-ups to finding new love. Storytelling is a big part of Erin's music which stems from her love of country music. She started taking songwriting seriously at 16, expressing her life through music.

Successes such as two top 50 songs in the German charts, four albums, international tours and the single "Liberty" as the official song of the 2015/2016 Four Hills Tournament, Europe’s biggest international ski jump event, have made Michael Lane, a German-American, known to the public. In addition to his work as a musician, Michael Lane is currently also active as a songwriter for production music and as a music producer in his remote "Studio Waldblick“. Take It Slow is his latest single.

Runoffbroke, formerly known as Jordan Wilson,  is a 21 year old hip hop artist from Dublin, Ireland, who has been releasing songs for a number of years.
Playing his first gig at 13 at The Twisted Pepper with the underground label Mic-A-Blaze Records. Jordan carried on to work with multiple Irish groups before making his way to Germany to work with Citizen Soldier Entertainment. He has played gigs in a wide range of countries. Among others a gig in LA in 2014 and an 18 day Germany tour in 2017, supporting Infidelix alongside Papke.