Cork's Cormac O Caoimh has released five albums to date, his reputation growing with each one. His latest offering Swim Crawl Walk Run follows up his previous release Shiny  Silvery Things from 2017 (we reviewed the album here). O Caoimh had reservations at first about releasing the album during the pandemic but thanks to the presale option on Bandcamp he was selling the album well already when the pandemic hit. Acknowledgments such as Album of the Week on RTÉ Radio 1, Marty Recommends on LYRIC FM , A- LE VILLAGE POP and KCLR FM are only a testament to O Caoimh's talent.

Ghost of the Pine - Fall to December (single)

Ghost of the Pine is a Folk/Indie band based in Portarlington, Co.Laois, Ireland. Formed in 2018, playing the open.mic scene in Mullingar, Smiddys Bar ,Dublin, The International, Sin É, O'Donoghue's and The Patriot Inn (Jail Break Sessions), playing original sets of 4 to 5 songs. The first on Balcony TV Galway with Sky High and The Gust Sessions with Warm Like The Sun. 2019 saw the band recording their first single Warm like the sun with Echo and Wave studios by Stephen Youste. The single received a great radio support and following the success the band became 3 piece with Wayne Brereton on guitar and Adam Slattery on percussion and brought Ghost of the Pine back to the recording studio for the song Acrylic.Their latest release  Fall to December was recorded with Echo and Wave Studios,  with additional help from Charlotte Kelly on backing vocals and John Davidson of the band Cua on violin.

Vox Deluxe - Right In Front Of You (single)

Vox Deluxe are a UK (Kent) based vocal group, featuring two former members of the now defunct band KRY. Pat Reilly and David Reilly are both vocalists and multi instrumentalists. Vox Deluxe are currently recording their debut album. Right In Front Of You is their second single.

Former front woman of critically acclaimed noughties band Jodavino; popular Gospel choir director; vocalist with new Celtic collective, Emerald on Ivory, Cork woman Aoibheann Carey-Philpott has been kept busy these past three years since her last solo release.Widely recognised for her unique voice and magnetic stage presence, the singer-songwriter returns with some powerful new music, as part of a self-described “raison d’etre” EP entitled Fragments of Joy.  The new release, a follow up to her previous single Overcome, is the title track.

There are very few female vocalists in rock music who really get your attention. Of course, there are likes of Amy Lee of Evanescence or the late Dolores O'Riordan coming to your mind when you think about it but then there are surprises. Kimmii Heart of Reality Suite is one of them. An incredibly powerful vocal that goes perfectly together with chosen genre, the singer has a great diction so you understand what she says and that's not always the case these days. Formed in 2009 in North Haledon, New Jersey by childhood friends Brian King (drums,) Antonio Valenti (bass,) and Joe Padula (guitars) – their ambitions have been to produce heavy, melodic rock. After several male and female vocalists, Kimmii Heart had joined in 2013 establishing the definitive line-up known today worldwide. They recently released a live album that captures the band in their best doing what they love the most. 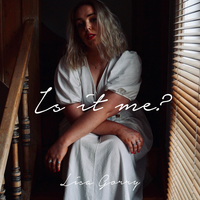 Kildare native Lisa Gorry is no stranger to Irish music scene, where her combination of relatable lyrics and tender vocal tones have been honed to craft an intimate performance style. Last year she performed to the packed audience at Ruby sessions, her lyrics echo the sentiment of young Joni Mitchell with the vocal prowess of Dusty Springfield and emotive power of Janis Joplin. Is It Me? is her debut EP and brings songs about love, loss and longing.

Amanda St John is a soulful singer-songwriter from Northern Ireland. She is a mainstay on the Irish radio, festival and gig circuit and has been described as a "Head-turning vocalist with serious song writing prowess.........a sensational artist" (Visit Dublin). She has worked with artists like Brian Kennedy, Eddi Reader, Mary Coughlan, Gareth Dunlop, Ciaran Gribbin (of INXS) and Jon Tiven (Grammy winning Nashville writer/producer whose CV has included BB King, Van Morrison and The Rolling Stones etc...). for her passionate and powerful live performances and is fast establishing herself as one of Ireland’s leading vocalists. With live sessions with ‘Whispering’ Bob Harris and Gaby Roslin on BBC Radio London, various other live performances/interviews across BBC regional’s, U105, Downtown/Cool FM, UTV Live Television etc, as well as many festival slots and tours of the UK, Ireland and the USA (which included the prestigious Folk Alliance Festival and a private event for the US President) under her belt, the future is looking very bright indeed for this talented musician.

Lloyd John - Over You (single)

Lloyd John is a 20 year old singer/songwriter/pianist/producer from Limerick newly living in Cork  city to study music full time in Cork School of Music. He started his music journey at a young age but only released his debut single Forget in October 2018 followed by his first headline show in Castletroy Park Hotel in Limerick. He has recently done his Cork debut in Cyprus Avenue with his 4 piece band. Over You is a follow up to his previous release Time Machine. 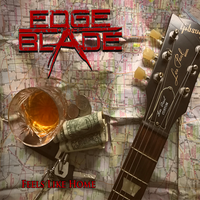 Edge Of The Blade is British Hard Rock band with melody and style and features the talents of Alan Kelly (Ex Shy) and John Francis (Ex After Hours).After debut album “The Ghosts Of Humans” in 2015 the band signed with the Danish hard rock label Lions Pride Music and is coming back with a new melodic hard rock album which is called “Feels Like Home”.

Brian Barron - Century Of The Self 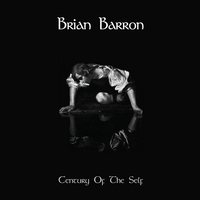 Century Of The Self marks the debut album release from contemporary folk songwriter Brian Barron.The album was recorded in the prestigious Hellfire Studios, mixed and mastered by engineer Ivan Jackman. The tracks were largely cut live on the floor with just minimal overdubs. Joining Barron were Daniel Fitzpatrick (guitar,piano,bass, pump organ) and Aoife Ruth (backing vocals, piano, violin, viola, organ, mallets) of Badhands and violinist Jayne Eleanor. Century Of The Self was cut over just four days in 2019. Several songs were recorded per session with the four musicians' core performances forming the focal point of each song. The ten songs, though steeped in traditional structures are born of a keen awareness of the full scope of the modern world. Outwardly looking rather than introspective and self serving.