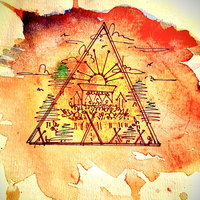 Having been described as the Northern Irish Fleetwood Mac, LORE have gained acclaim and recognition nationally. The dynamic four-piece have been playlisted consistently on local and national mainstream radio. They have wooed audiences with their enigmatic live performances playing alongside legendary Irish acts alike such as Mary Black, Ciaran Lavery, Ryan McMullan, The 4 of Us and Cara Dillon.The band is fronted by singer/songwriter Carolann Carlile. Born in Belfast, Carolann was raised in the musical heart of Derry- Stendhal and Danny Boys own Limavady. Carolann has never made a cupcake that she didn't like and loves kittens (especially fluffy ones). Guitarist and composer Luke McCloskey, from Dungiven Co.Derry, is the founding member and original driving force behind the 4 piece indie-folk band. He loves wine and live music. Last but not least is Rebecca Hall from Ballymena on violin/fiddle. Rebecca also is a music graduate and music teacher. She joined Lore in late 2015 and has designed her own tattoo. 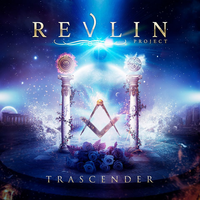 REVLIN PROJECT is a Hard Rock/Melodic Rock band from Peru, formed by Nilver Pérez in 2015. In 2016 the band made its debut in Bogotá - Colombia. The following year they published their EP album called "DIMENSION", in which musicians from several countries participated: Peru, Colombia, Brazil and Spain. The band was recognized in several countries within the TOP 10 of the best  releases of 2017. As well, the band had presence in the media of Italy, Spain, Japan, Germany, USA, Brazil, Argentina and Mexico: - 300 Best Latin American Albums. - Best Rock album in Spanish (Argentina) - Top 10 in magazines and blogs in countries like Greece, Spain and Belgium. The song "Take Me To You" was recognized in Peru as the best song of 2017, and The Best Song on the EP by several critics of national and international media. 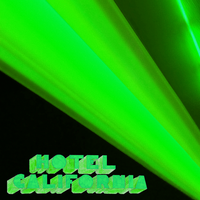 Hotel California is an Americana project by singer and songwriter Daniel Green, living in a small village in Northern Europe. During lockdown I wrote 24 new tracks, which are released song by song every three weeks starting in January 2021. He loves his life and his life exists within music. Dark moments transform to songs as do the beautiful ones. His biggest sows so far were the Sziget Festival in Budapest and the Vans Varped Tour in the USA. He has produced songs with Ronald Bood (Mando Diao, Kooks). 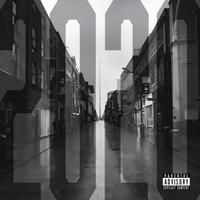 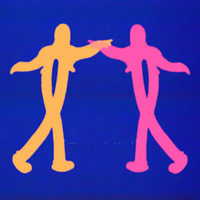 Wild’ is the new single from Dublin-based group Sun Collective, featuring contributions from renowned vocalist Lisa Hannigan & Patrick O’Laoghaire of I Have a Tribe. Produced by Ross Turner (Lisa Hannigan, Villagers), recorded by Ber Quinn (John Grant, Divine Comedy), with accompanying film by award winning director / writer and VFX specialist, Kevin Cahill (VFX – Game of Thrones, Star Wars, Alice in Wonderland).‘Wild’ is the first of three singles being released in conjunction with the their appearance on the award-winning and internationally acclaimed series, Other Voices, April  15th on RTÉ 2 television. 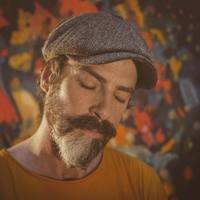 Myles O’Reilly is a musician and an award winning music documentary filmmaker from Dublin, Ireland. Since first lifting a camera in 2010, multitasking O'Reilly has filmed, directed and edited over 100 music video promos and 20+ music documentaries of Irish musicians at home and abroad, some of which include Glen Hansard, Villagers, Imelda May, Lisa O'Neill, Ye Vagabonds, Sinead O’Connor and Lisa Hannigan alongside other International artists such as Hollywood soundtrack virtuoso Ernst Reijseger, Icelandic artists Soléy, Múm and Amiina, US soul phenomenon Janelle Monea and UK folk trio The Staves. Early life as a working musician began for Myles in 2003 with the band Juno Falls. Signed for two albums by Sony UK and then V2 records,  Juno Falls disbanded in 2010. Ten years later and in a global pandemic lockdown, Myles returned to making music and has since composed, recorded and released a plethora of works in the 'ambient' music genre under the moniker [Indistinct Chatter]. 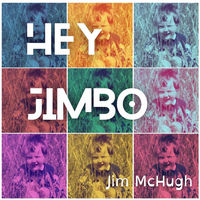 Monaghan songwriter Jim McHugh is back with second offering from his forthcoming album Pretending to Wake Up, to be released in May 2021. The second single is called Hey Jimbo and this is what McHugh had to say about it: "Hey Jimbo center’s around the history of past relationships, not all directly my own but from we all know these stories of unrequited love. The title takes its name from my nickname ‘Jimbo’ and its as you will hear from the song its often hollered out as ‘Hey Jimboooooo’. Similar to my previous single ‘Dave’ the song evolves around the opening guitar riff and the band powerfully supports the flow of energy throughout it’. 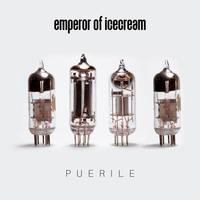 Since Cork-based Emperor of Ice Cream announced their return from a twenty-five-year hiatus in May 2020 and with the release of their long-awaited debut album 'No Sound Ever Dies' last August, they have embarked on a chapter that very few, if any, expected would be written. The acclaimed debut entered the official Irish album charts upon release while also taking the No.1 spot in the indie album charts. Due to the wide acclaim for the album and the associated singles the band have not only appeased their long-established cult following but have garnered a new legion of supporters around the globe, which in turn has created a renewed demand for the band's back catalogue. 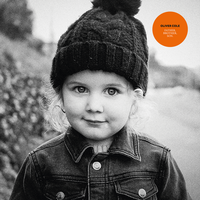 Having had some success with his first band Swampshack, Oliver Cole formed the three-piece rock band, Turn. Oliver was Turn’s singer, songwriter and main guitarist, and they soon signed to Infectious Records in London, which was home to Muse, Ash and Garbage, among others. Turn enjoyed great success and popularity, playing sell-out gigs at Vicar Street and a packed to the gills standout performance at the Oxegen festival in 2005. They released three Irish Top 10 albums and were nominated for Ireland’s coveted Choice Music Award. Oliver left the band in 2006 to begin work on his first solo album, ‘We Albatri’, which was recorded in Germany. Upon its release, The Irish Times gave the album 5 out of 5 and made it their album of the month. 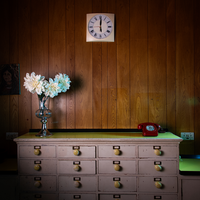 If the staggering vocals of this Dublin group sound familiar, it’s because they are. Soda Blonde was formed last year by four members of the critically acclaimed Little Green Cars, whose debut album (produced by Marcus Dravs) hit the Number One spot in Ireland and saw them gain a coveted spot on the BBC Sound Of poll. Now producing the music themselves, whilst also creating all the artwork and visuals, Faye O’Rourke, Adam O’Regan, Dylan Lynch, Donagh Seaver O’Leary’s new project finds them operating as fully fledged polymaths.Their debut EP, Terrible Hands which was released at the end of last year. In support of this, the group performed a series of sold out shows in their hometown, toured across Ireland and played 2 UK shows in Manchester and London, leading to them being asked to support Sinead O’Connor at her Iveagh Gardens show (now postponed to July of 2022). The band released a brand new EP during lockdown and they're now announcing their debut album Small Talk, to be released in July.