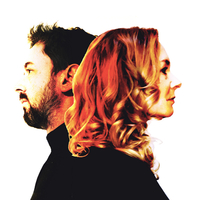 One of the things music does is that it connects like-minded people. Sometimes, the connections are unexpected. And  the greatest art is born from nowhere. Isn't that just what musicians do in general, creating something from nothing? Perfect example of this unexpected collaboration are French artist Clint Slate and Scottish singer/songwriter Iona James. Iona, a nurse by profession, realized her long-time music dream by releasing her debut single "To The Moon" in January of this year.

A Ritual Sea - Because You Hate to Care About (single)

Formed in 2016, A Ritual Sea’s distinctive, synth-driven, shoegaze sound is heavily influenced by the esoteric imagery of Andrei Tarkovsky, Alejandro Jodorowsky, Robert Altman and Ingmar Bergman. Having featured at the renowned Other Voices Festival in 2018 and supported international acts such as Gwenno and Jane Weaver, the band played a sold-out headline show in Dublin’s Whelans venue in early 2020 and are gearing up to return to playing live shows in support of their debut album launch.

Dublin based composer BK Pepper recorded his debut album in a number of locations, from Abbey Road to a converted swimming pool and the hard graft paid off with acclaim from not only the Irish media but international radio and blogs too. Classically trained on piano and trombone, BK Pepper’s musical projects include composing for film and theatre as well as touring with both orchestras and rock bands. After many years performing and releasing collaboratively, BK finally released his own collection of songs. He is now  releasing a second teaser from his upcoming magical project, in a 4 song live EP and accompanying video in the unique picturesque setting of the 16th Century Rathfarnham Castle in South Dublin. 'Island' will be released  ahead of the full EP and video 'From An Empty Castle' which comes out on July 16th. The film was directed by Antimo Puca and Hector Romero and the strings are performed by Glasshouse along with Gareth Quinn Redmond.

Following the critical success of his ‘What Little Time We Have’ EP, Dublin folk-pop songwriter and artist Luke Clerkin is set to return with a new single. ‘Lost in Translation’ is the first of a series of songs recorded remotely with Berlin based producer, Jaako. It furthers Luke’s journey into the Pop music genre. Talking about the release, Luke said, ‘’This song was written in 2019 when I was on a college exchange in Germany and I found myself ‘lost in translation’, I was dealing with homesickness, and finding it really hard to connect with people. The one thing that was keeping me going was music and it helped me overcome the language and culture barriers that existed.’

Pontious Pilate & The Naildrivers have been writing, performing and independently releasing their own music for a number of years now, to a loyal and growing audience. Now, in association with FIFA Records, comes their latest single ‘Own Your Spectrum’, taken from their full-length debut album due out later this year, “Kick The Megaphone”.

James Vincent McMorrow, David Anthony Curley (Otherkin) and Cody Lee announce new project "Co-Living Culture" in aim to highlight the housing crisis and the destruction of venues in Dublin. Their new single Renegador started out as an incredible amount of fun in the studio one day. This is what they had to say "The more we worked on the song the more we talked about places in Dublin where you might hear a record like this being played. Honestly, we struggled to come up with any. So much has changed in the last 5 years. We are of the opinion that cultural and art places are the beating heart of the city but so many of them have been taken away and replaced with structures that aren't meant for those who occupy the city at all. 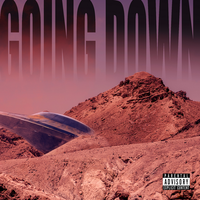 Irish singer-songwriter Chris Short started singing on the open mic scene in Dublin in 2017 and he’s gone from strength to strength ever since. He has previously received support form the likes of RTÉ Radio, IMRO and The Vinyl District to name a few. Chris has worked closely in the studio with Beardfire Music - the label behind the likes of RUNAH, Martin McDonnell, KTG, Zoe Clarke, Kayli Sousa, Lauran Beth, and who’s development work includes Patricia Lalor and William Franklyn Miller. His debut EP Somewhere was produced by David Virgin, Rohan Healy and Al Quiff at Beardfire Studio, Dublin - a father and sons production team who, in their collective six decades of musical experience, have worked with the likes of Nick Cave, INXS, Leslie Dowdall (In TuaNua), Mary Black, The Cruel Sea, Cat Power, Billy Bragg and Lloyd Cole, to name but a few.

SomeRiseSomeFall is a Cork-based independent community of songwriters, musicians and creatives. The ever evolving collective brings together artists and vocalists all with the aim to interpret & reimagine songs for unique new recordings. Their most recent album released in February 2021 was album of the week on a number of radio stations and was released to unanimously positive reviews. They hope to perform the album to live audiences later in the year.

One Morning in August - Lovers by Surprise (single) 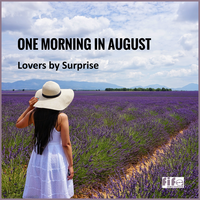 Following on from last year’s critically acclaimed self-titled debut album and their much lauded single 'Get it Right' from earlier this year, One Morning In August return with their new single ‘Lovers By Surprise’. The County Carlow, southeast of Ireland based outfit once again teamed up with producer David Ayers for their latest release and were also joined by guest vocalist Claire Cummins. ‘Lovers by Surprise’ is the band's second offering since joining forces with Cork independent label FIFA Records and is the perfect example of how the band’s sound is evolving and why they have been hotly tipped by so many. Theirs is a sound that channels heart felt visceral hooks with beautiful layered melodies and harmonies so there is little wonder why their David Ayers produced eponymous debut album was received with such widespread critical acclaim.