Falling in love with the city 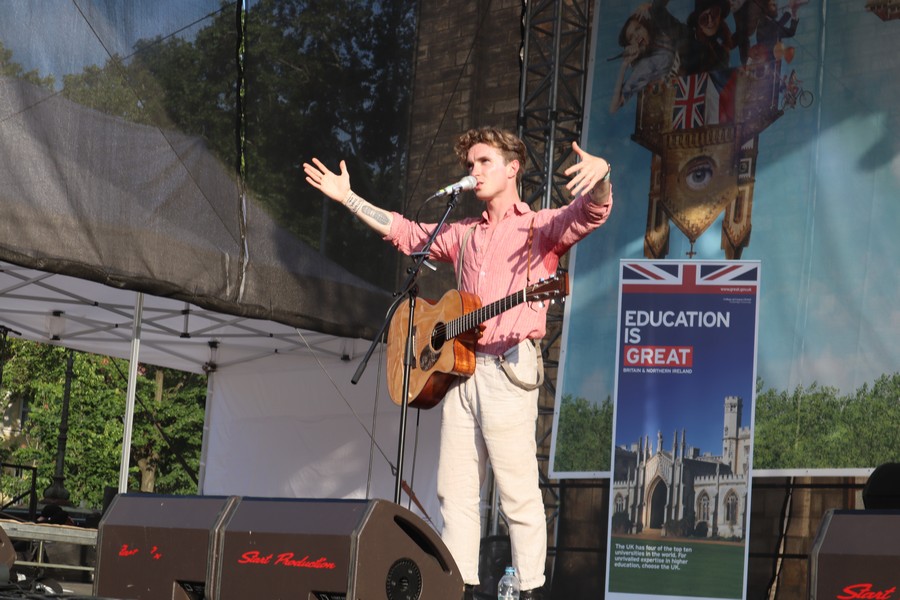 Irish songsmith David Keenan is without doubt someone most of you have already come across. He first came to public attention in 2015 where a taxi driver filmed him singing in the front seat of his taxi and later put the video on Youtube. And it has taken off since then for David. Appearing in the legendary Other Voices in Dingle, broadcast on RTE, sharing the stage with the likes of Hothouse Flowers, Damien Dempsey or Glen Hansard ( who took him on tour to USA last year), David has recently recorded a debut album A Beginners Guide to Bravery which is going to be released on August 16th.  And on May 31st this rising talent came to play the Czech Republic for the very first time at United Islands of Prague festival.

Those who have seen David Keenan live know that his gigs aren't just performances. Those are emotionally charged gatherings of like-minded souls. The audience in Prague finally had a chance to taste it as well. Playing a new country for the very first time might be scary for some. But not for David. From the moment he stepped on stage he was enjoying himself, even greeted the audience in Czech ("jak se máš?" - how are you) and expressing his growing love for the city ( "Praho, jsi krásná" - Prague, you're beautiful). Everyone could see that Prague clearly won his heart when Keenan confessed he can see himself living in the city for some time so if anyone knows about a cheap one-bedroom apartment, they should let him know.

He played a mixture of new songs (Keep the Peace, Prepare for War), older classics (Unholy Ghosts) and even a song he's never played before. In that case, he thanked the audience for being "the catalysts."
On one occasion he mixed two songs together (that makes you immediately think of Glen Hansard who does that frequently and who is known of being a big supporter of Keenan), one being his own and the other being Irish language trad song Sí Do Mhamó Í, known for example from the Hothouse Flowers version. That makes you wanna hear more in the Irish language from David. Maybe in the future.

He will be back in Prague on August 27th supporting another great Irish star, Hozier, at Forum Karlín.