David Hopkins is an Irish singer/songwriter, originally from Dublin, currently living in the United States. He was the original keyboard player  for the Irish alternative rock band Lir. He also toured with The Who in 2001, playing keyboards during their Quadrophenia Tour. Hopkins' songs found a larger audience through wide-release motion pictures such as Paris Hilton's The Hottie and the Nottie, Van Wilder 2: The Rise of Taj, Speed Dating, and The Year of Getting to Know Us, starring Jimmy Fallon, Lucy Liu and Sharon Stone. Hopkins performed his solo material with Damien Rice, The Frames, Lindsey Stirling, Jeff Buckley, Sinéad O'Connor, Bell X1 among others.

The music of multi-instrumentalist Jenna Nicholls has been turning heads since she arrived on the door step of the Lower East Side of NY. Whether she’s crooning a jazz standard, belting out a New Orleans dirge or plucking her 1920’s style original ballads on her ukulele, she’s giving a vintage genre a new spin with her own lush nostalgic style.Recently, Jenna has toured with Ingrid Michaelson, shared the stage with Oscar Winner Glen Hansard, Amanda Palmer, Lucius, and Joan as Policewoman. She released her latest project "Radio Parade" in 2018. Jenna has performed in venues all across the country including The Beacon Theater and Carnegie Hall.

HIDEAWAY was formed in 2010 in Athens, Greece by the guitarist Dinos Georgiou (ex- Metallist) and keyboardist Peter Papadimatos. Later on, Harris Georgiou joined the band taking the place behind the drumkit. Over the next years, the band worked on their songs and at the same time they were in search for the rest of the band members which proved to be a very tricky task, especially finding the singer.

We all have seen the movie "Walk the line" where Johnny Cash in the early stages of his career is singing gospels and he's told by the sound engineer to sing a song as it was the last song of his life, that such song truly saves people. Honesty is the key for an artist to create something remarkable. And there's no doubt about the integrity when you listen to Donegal man Dean Maywood and his songs. His self-titled EP brings a collection of five songs painting a rich picture of stories and melodies straight from the heart.

Basciville - For All Lost Youth (EP)

Basciville are a multi-instrumental folk/indie duo, originating from Co. Wexford, Ireland that came to be in 2016, when brothers Cillian and Lorcan Byrne finally took the plunge and began creating music together. Since that time the duo has formulated their own unique blend of rhythm and blues with jazz, folk and orchestral harmony.The two brothers have already enchanted many wherever they appeared, the most recent opportunity being Electric Picnic. Their second EP is called For All Lost Youth.

Steelwood - The Smile Of Passion (single) 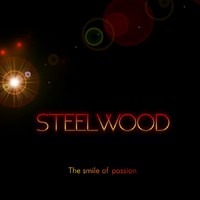 Steelwood was formed by Nikos Papaspyroulos, guitarist, composer and producer. It's basically a studio project consisting of session musicians. Having played a versatile repertoire from rock, alternative rock and pop with electric guitar and bass and studying the classical guitar and harmony, Nikos teaches at National Conservatoire in Athens, Greece.

With over 100,000 streams on Spotify, combined video views of over 2 million, music shared by Coldplay and supporting the legend Dodie......Belfast born Owen Denvir at only 29 has asserted himself as one of the finest singer songwriters around and is now announcing his biggest project to date, releasing a trilogy of EPs over the next 12 months, each with their own theme and story, that, when all finally released, will form Denvir's first full length album. Training as a young orchestral viola player, Owen Denvir was drawn by the alternative sound of Bon Iver over Bach. These two styles of music influence his songwriting, which Hot Press magazine have described as "honest, personal... complex and affecting".

Keith O'Connell - The Mirror of My Soul (single)

Dublin based singer-songwriter Keith O'Connell released his debut album, 'Genetic Lottery' in September 2016. He  studied music in Ballyfermot's Rock College in Dublin for two years and then proceeded to study music in CSN in Cork for another year and has also completed the music performance course in Kylemore College and is now concentrating on recording and performing his songs.He has played support to various artists including Aslan, Bagatelle and Picturehouse. Keith describes his style as "catchy, melodic pop-rock", and in his live performances, he plays both keyboards and acoustic guitar to complement his songs.

In today's world where almost anyone can record and release their music it's harder and harder to find a real quality. Artists who aren't trying to copy anybody, remain themselves yet bring something unique. This is exactly the case of Reid Jamieson from Vancouver, Canada. The songwriter and his wife Carolyn Victoria Mill write and perform together, their first album as a duo, entitled Juniper's Kitchen, was released in 2014 after 12 years in the making. Now they're back with the latest offering called Me Daza which is a Cork slang for "most excellent." The album was recorded in Schull, west Cork in Ireland with producer Kieran Kennedy (Maria Doyle Kennedy). Reid and Carolyn wrote all the songs, except Don't Go Down which was written by the late Fergus O'Farrell (Interference) and Glen Hansard  (The Frames). The themes on the album range from loving a woman during and after "The Change", Ireland's abortion referendum, to coping with mental illness, social media and overcoming it all.

Formerly of The Dead 60s and The Specials, singer/songwriter Matt McManamon is strongly associated with ska, punk, dub and reggae. His solo work, however, is more deeply influenced by his Liverpool Irish roots than it is by sounds that originate from Kingston and The Black Ark. The Dead 60s experienced a short, sharp burst of success which included two appearances on Top of The Pops and festival slots at Glastonbury and Lollapalooza. The band issued a press release on 8th February 2008 announcing their split. According to Matt, his debut single Seas of Gold and the latest offering Sinking Sands  are two of a collection of songs that he describes as ‘Scally Folk’, brewed in Liverpool, bottled in Ireland, enjoyed all over the world.