Donegal musician  Dean Maywood draws from vintage '70s golden era, rock, pop and country with his latest single 'Jane', featuring a common theme they all hold: simple, beautiful melody and lyrics with heart. Currently refining his sound and recording material for his debut album as well as paying his dues in bars and clubs gaining a little headway as he does, playing support for ‘Goats Don’t Shave’ at two sold out theatre shows and one for ‘The 4 Of Us’. This summer he appeared in the Leitrim and Galway Fringe Festivals as well as playing support to 'Phil Coulter' and 'Jason Wilber'. Live is where he really shines, having been a singer in a rock band for almost six years he knows how to handle an audience and in the same breath draw them in with his emotive performance, empathetic prose, tactful delivery and haunting storytelling.

Hailing from Mayo, on the Wild Atlantic coast of Ireland, Vickers Vimy craft songs that dwell on the borders of Folk and Americana. Rich eclectic sounds anchor lyrical themes of scratched vinyl nights and hazy Sunday mornings. Their second album “Atlas of Hearts” was released in March  2018, making the Rte Radio One recommends list, with the two singles ‘Keep your eye on the road’ and ‘Mermaid Of Luna Park’ being playlisted.Vickers Vimy have collaborated with Colm Mac Con Iomaire (The Frames & Swell Season) and had the pleasure of recording in the studio of Nick Seymour (Crowded House). Vickers Vimy have had the amazing fortune to support the late John Martyn. They have supported The Hothouse Flowers, The 4 Of Us, Maria Doyle Kennedy, and Mundy. They have shared the RTÉ Music Train with Christy Moore, Paul Brady, Kodaline, and Jack L.In a landscape that can truly rattle your bones and inspire your dreams Vickers Vimy continue to document in song the wonders of the Wild Atlantic.

Chloë Chadwick is a singer/songwriter from Newcastle upon Tyne, England. Her music style can be described as pop with a mixture of Americana, country and folk styles. Performing live since the age of only 17 years old, Chadwick found herself in on stages around Europe with just a guitar strapped to her back, as well as music festivals across the UK! During her festival outings, Chadwick has received opportunities performing on the same bill with the likes of 'Sam Outlaw', 'Ward Thomas', 'Mary Chapin Carpenter', 'The Shires' and 'Striking Matches' to name a few. Dustbowl Jukebox is her debut album.

‘Diving In’ is the eagerly awaited return from Barry Jay Hughes, an accomplished solo-artist who has been working on various projects over the past two years. His first original release since 2016, ‘Diving In’ is the latest addition to the Monaghan musician’s repertoire, having two self-released EPs, a live EP and a live album. Previous singles, ‘Crying Shame’ and ‘Ballad of a Troubadour’ were remixed and re-released. Barry Jay’s extensive back catalog is a testament to his dedication to the creative process, this newest single seeing him dive back into the original Irish music scene; where he’s well-known from his previous endeavors.

Sarah Buckley - You've Got Me (single)

Sarah Buckley is a singer/songwriter from Cork, living in Dublin, Ireland. She  first recorded a number of demos in music college. Thanks to these demos, she has gone on to perform her song 'You've Got Me' on RTE's TwoTube and her song 'Wedding Bells' at RTE's Reflecting on the Rising live event. Sarah has also secured a number of slots on side stages of some of Ireland's biggest festivals, including Electric Picnic and Vantastival, as well as being nominated as a Hot For 2019 in the first Hot Press of the year. 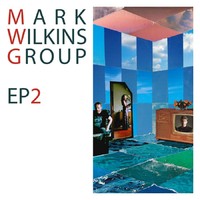 Mark Wilkins is an Irish composer, songwriter and musician. A multi-instrumentalist based in Cork City, he has composed original music for live theatre (Gare Saint Lazare Players, Macnas, Theatre Lovett, Intersections), radio productions (UCC Campus Radion/RTE Lyric FM) and documentary films. A recently completed album of original songs recorded with acclaimed vocalist Vickie Keating (Christy Moore/Declan Sinnott) and drummer Trevor Kiely will be released in the form of a series of four EPs over the next six months. It was recorded on an archaic portable desk at various locations around Cork, including the basement of the much missed Crowleys Music Centre. This is the second EP. 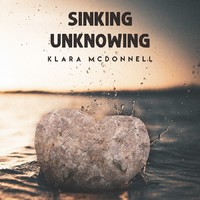 Klara McDonnell is a Dublin-born singer/songwriter and actress. She's a regular at Dublin open mic scene, performing her brand of jazzy, folky, nostalgic pop. She had been a frontwoman of Irish alt-rock band Hypno Puppet for five years. She released her solo EP "Trapped within" in 2017. Klara also presents The Songwriter Club show on Dublin's Together FM. 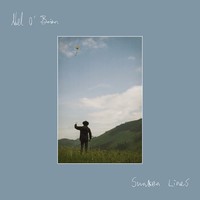 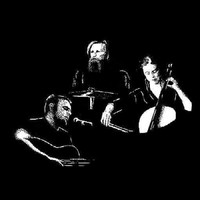 Andrew Patterson - Out Of Babylon (EP)

An artist is an artist because he feels he couldn't be doing anything else. He puts his heart and soul into the work. That's exactly what Belfast singer/songwriter Andrew Patterson is doing. Honesty is the key in his songs. He recently captured the listeners with his Christmas single, Something in December,  and now he comes with his latest offering, an EP called Out Of Babylon.