Stripped were formed in 1998 in Northern Ireland, released many successful EPs and featured on many popular compilation albums. In 2012 they released a retrospective collection Out of My Head featuring best of the early recordings from 1998-2001. Since then they have released two further popular EPs My Fear of Heights and The Carnival EP and in 2018 produced two covers, David Bowie's Heroes and Neil Young's Cinnamon Girl. 2019 saw the release of Moving On album. And this year they're back with the latest single.

Nella feat.Dónal Lunny - We're all in this together (single)

Featured in video game tracks, film scores, and alternative music, Nella’s voice has reached around the world. Nella’s EP Revolution was released in 2015 and quickly hit the number one spot on iTunes in preorder sales. She has been recognised for her soaring lead vocals on World of Warcraft Legion, scored by Russell Brower. Nella toured with the Video GamesLive series across the globe. She has a fan base that spans adult alternative fans to avid video game players that connect to some of their favourite storylines with Nella’s emotional throughline. She has been collaborating with a number of Grammy- and Emmy-award winning artists and composers, and there will be more from her in the months to come.

Frank Vestry is considered one of the finest vocalists in the AOR/melodic genre. My collection is a fitting name for an album that summs up three decades of Vestry's career.

Varo are Lucie Azconaga and Consuelo Nerea Breschi, a fiddle and vocal duo based in Dublin who perform traditional Irish songs and tunes with arrangement influences from the baroque and classical traditions, weaving around the melodies with harmonies, drones and countermelody. Lucie, from France, and Consuelo, from Italy, met in 2015 after moving to Dublin to pursue their love for Irish traditional music, and immediately started a fruitful collaboration. They travelled to Ireland along different musical paths, Lucie from jazz, classical music, and French folk, Consuelo from Irish trad, folk, and world music. Lucie and Consuelo have been involved in various other projects, such as Landless, Lisa O' Neill's Band, Ye Vagabonds, The Morning Tree, Alasourse, The Nomadic Piano Project. Since Lucie and Consuelo started working together in 2015, they have been gathering a repertoire of songs from Ireland, Scotland, and England, along with a selection of Irish tunes collected from archives, sessions, and from singers and musicians they admire.

Seán Fox is a 19-year-old Irish singer/songwriter from Arklow. He has been gigging around the country as a solo performer and with his band Small Town Crisis for over four years.
Although he is only starting out his career he has already performed at the Rose of Tralee ,and has sang in front of President Mary McAleese, supported the likes of Aslan or Jerry Fish.
At 13 years of age he was successful in an application to Music Generation to have one of his songs Burning In Fire recorded on the John Lennon Bus.

Girish & The Chronicles - Rock The Highway

Formed in October 2009, Girish and the Chronicles is a Hard & Heavy band from India. Formed in Sikkim, India and based out of the city of Bengaluru, the band has released an album and 3 singles until 2019 and are known for their electrifying live shows. With heavy overdriven guitars and high pitched screaming vocals, roaring drums and groovy yet technical bass lines, G.A.T.C. is one of spear headers of rock music in India, in the last 10 years. The band has opened for bands such as Hoobastank, Poets of the fall, Destruction and recently toured with / backed the Lamb of God / Megadeth legend, Chris Adler, during his performances in India. G.A.T.C. has been a part of various leading music festivals in India. In May 2019, The band signed with Lion’s Pride Music ; and released their second album, Rock The Highway, in April 2020.

ADT (Alan Daniel Tobin) writes stories of the heart wrapped in atmospheric soundscapes. Hugely influenced by the Atlantic Ocean, the West Cork landscape and his family, he has a minor obsession with lighthouses. His debut solo album (Volume I) is produced by multi-instrumentalist Justin Grounds. It was recorded in a little room overlooking the beautiful town of Clonakilty, West Cork, and is due for release at the Clonakilty International Guitar Festival next September. ADT is also a member of the alt-folk band LOWmountain.

Owen Denvir - This Could Be Love (single)

With over 100,000 streams on Spotify, combined video views of over 2 million, music shared by Coldplay and supporting the legend Dodie……Belfast born Owen Denvir at only 29 has asserted himself as one of the finest singer-songwriters around. Over the course of the next 12 months, Denvir will be releasing a trilogy of EPs: "Sticks", "Stones" and "Bones", which encompass Freud's theory of personality (3 individual parts which form one whole). Lead singles from "Sticks" ("Ghost" & "Stay") have topped the "RTÉ Radio One Recommends" playlist and were selected by Spotify for Irish curated playlist "An Alternative Eire". This Could Be Love is the first single from the upcoming EP Stones which will be released on May 29th. 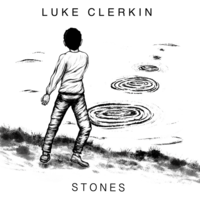 Dublin singer/songwriter Luke Clerkin made a name for himself by playing over 250 gigs all over Ireland in 2015. His most recent single ‘Take Back The City’ saw Luke bring his passion for change into his music, as he aimed to highlight the ongoing housing crisis. He performed the song in front of over 10,000 people at the National Housing Protest in December of 2018. Now he's back with his first single in over a year. "Stones" was originally released in 2016 as part of the Cycle Against Suicide campaign, and brought his music to an international audience. This new version of his fan favourite song, encompasses new sounds for Luke, while still respecting the rawness he is known for. The single is the first release from Luke’s upcoming project ‘What Little Time We Have’, which will see him treading more into these sounds.

Kern - The Left & The Leaving

County Louth favourites Kern are back with their eagerly awaited second album, a follower to the critically acclaimed debut False Deceiver. The Left & The Leaving is a similar showcase of the band’s unusual mix of personalities: Barry Kieran is a former Leinster champion fiddler, steeped in the raw, pure music of Oriel; Brendan McCreanor is an uilleann piper of rare passion and versatility whose distinctive playing is at once both modern and rooted in tradition;and SJ McArdle is a critically acclaimed songwriter and singer who has previously toured and recorded internationally. Along the way the band have also played shows in Germany, Canada and the US, including at Milwaukee Irish Fest and Folk Alliance International in Montréal. The band also won the 2018 Temple Bar TradFest showcase