Australian Brice Sedgwick has already gained attention and critical acclaim with his debut album Pacifico where he really showed himself as an artist of a serious talent and bright future. Now he's back with new EP called Venice. Sedgwick's style is hard to categorize - which is a good thing and it has something to do with originality and uniqueness which is something every songwriter is looking for.

Belfast singer/songwriter Padraig Lalor and his album Light Up tell stories of exile, share local history and bring a little peace to the chaotic world of 21st century. The artist himself says he wanted to tell stories that show what it was like growing up in the troubled city of Belfast. We don't hear that many songs with such personal touch about these times so that's where Lalor's work definitely catches listener's attention.

Marc Kavanagh is a singer/songwriter from Dublin who has had a passion for music and songwriting since he was 16 years old. A self-taught guitarist and singer,

Kavanagh's music is inspired by the music of David Bowie, U2, Pink Floyd and Chris Cornell. His debut album As We Rise And Fall is due to release in March 2018.

Kieran Mulvihill - From the Outside Looking In (EP) 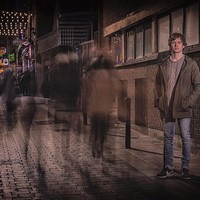 Kieran Mulvihill is a solo artist from county Kerry. His songs aim to shed the light on things that make us unique, bring us together, tear us apart and keep us sane. He captivates the audience with his emotive lyrics and storytelling. Kieran supported acts like Glen Hansard, Damien Dempsey and has been gigging around the Dublin circuit for the past two years either solo or with the band.

How often do you come across a debut album that surprises you in the best way possible? Something that makes you think the artist has it all? This is the case of Brice Sedqwick's album Pacifico.

Fergus Daly is a Leitrim-based, Dublin-born upcoming singer/songwriter. He has recently recorded his debut EP in Jealoustown Studios and released the debut single, The Love We Share  on December 17th 2017. 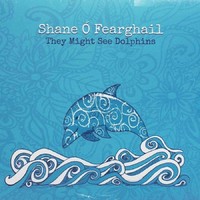 Tallaght songwriter Shane Ó Fearghail has been based in Vienna for a few years now. He is a founding member of Vienna Songwriting Circle as well.
His latest album They Might See Dolphins is a collection of catchy and honest songs combined with an unmistakable voice. This recording proves to the listener the healing power of music.

There are people that no matter where they live these days, you could still notice a huge pride of their origin in their art. New album by Kerryman Brendan O´Shea is one of these. Brendan has been living in New York for over twenty years but he still remains a proud Irishman, his roots are still in Killarney. And when you listen to his latest release, Midatlantic Ghost, its imprinted in the songs more than ever before. Beautiful poetic collection of diverse landscapes, emotions, experience.

Christine B Phelan is a musician, singer-songwriter & producer from Cork, Ireland.She has spent the past ten years writing, recording and touring.  As lead singer/writer with indie band ‘Parallel’, she released two studio albums, after which she set forth as a solo singer-songwriter. She released her debut EP ‘’Sapphire’’ in 2015 which consists of elements of folk, blues, pop and country, depicting influences such as Gillian Welsh, Lucinda Williams, Imelda May and Sheryl Crow. 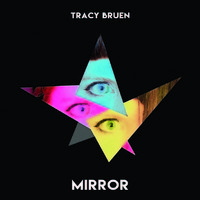 Tracy Bruen, Galway’s Original Solo Artist of the Year 2015 (Galway Advertiser) plays with a group of well known local musicians. Her music combines a mixture of indie folk with hints of blues. A multi-instrumentalist and classically trained singer, Tracy engages a wide vocal range to explore the elements of the voice as an instrument in her songs.