Jim McHugh - Should Have Lied (single) 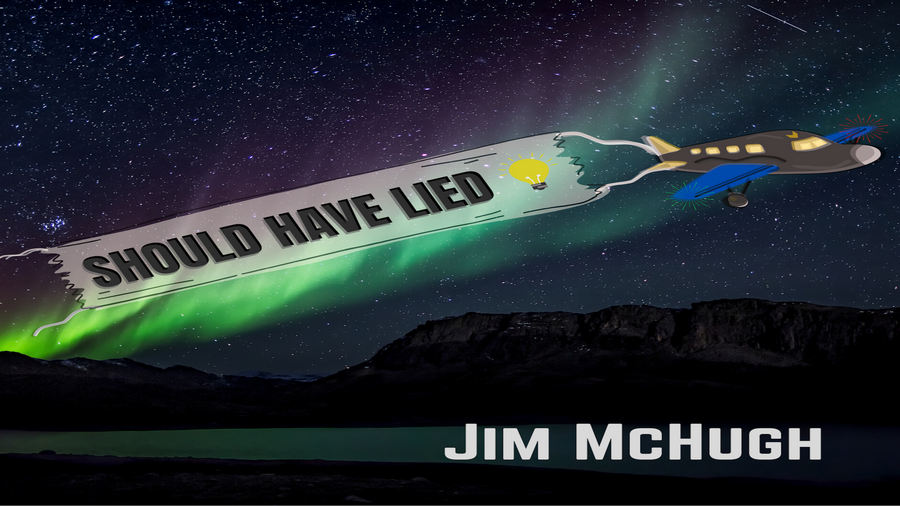 From the Farney drumlins of Co. Monaghan, Ireland, multi-instrumentalist Jim McHugh brings a new edge to the folk tradition, blending traditional and indie styles with up-tempo beats. In 2016 he drew upon his past and recent musical experiences to record an album of new songs entitled ‘Noise Machine’, nicely summed up by Pete Whalley as ‘Indie folk-driven rock that has a vibrant beating heart’. Jim’s second album ‘My Nuclear Radio’ followed in 2019.

His new single Should Have Lied clearly shows the direction his music is taking. Hardcore rock music combined with healtfelt lyrics sung with a distinctive accent earn him the reputation he has. Not your typical singer songwriter, yet somebody who goes beyond the genres and does that successfully.

Lyrically, the song deals with a relationship and the sometimes overrated effort of telling the truth in every case. Yes, there should not be secrets between partners but that doesn't mean the other half should know everything there is about you. Of course we're blinded when in love. And we often do unreasonable things. Things that lead the relationship to the point of no return.