Cork singer/songwriter Jack O'Rourke first emerged on the Irish music scene in 2016 with his critically acclaimed debut album Dreamcatcher.  O'Rourke's craft, driven by his classical piano training and rich baritone voice, seems to take you back in time - there are echoes of Cohen, Bowie and Waits in his ballads. As Jack himself says, his deeply personal songs from the debut album were ten years in the making. His song Silence was chosen by Amnesty International as a marriage equality anthem in 2015 and progressed to win a prestigious songwriting competition where Tom Waits was among the judges. Now the Corkman is back with follower, an EP entitled Ivory towers.

For Adio are a modern influenced music group with a Pop/Rock style  from Carlow formed in February 2018. The band had 4 days to practice 40 songs for their first gig. Since then they won the National Battle Of The Bands in Athlone to support legendary Bagatelle and Aslan. That's a well deserved success. More than many rising bands could wish for. 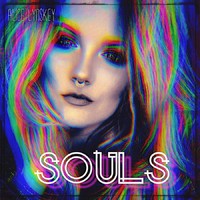 Alice Lynskey is a singer/songwriter from Dublin, now based in Wexford. Her music can be described as pop with hints of country and rock. A strong melody is always central to the song. She has previously written a top ten track for The Stunning and has 3 singles to date. She played support to likes of The Stunning, The 4 Of Us, Declan O'Rourke, Paddy Casey or Elly D to mention a few. Alice is clasically trained and has sung on many stages including The 3Arena, RTE Tv, The Olympia, Whelan's and Enniscorthy castle. She recently performed at The Acoustic Yard festival in Westport.

Sam Wickens, from Bangor, County Down,  is a mesmerising solo performer, gifted with the talent to arouse the soul with haunting melodies laced with poignant lyrics sung with his trademark transparency of spirit. Compared to Jeff Buckley, John Martin, Lou Red, Sam is a soulful writer and performer with a restless creativity, conveying a personal blend of blues, soul, gospel, folk and indie. He humbly plies his craft with a focused sincerity and has created a style of his own: consistently delivering on his reputation as a bewitching live performer. In 2016 Sam performed at the prestigious Belfast Nashville Songwriters Festival, Nashville, Tennessee, where he entranced the audience at the famous Bluebird Café in Nashville.

Have you ever wondered what would happen if you signed the pact with the Devil? It seems like Dean Wright aka Dean and Chapter has done so and it's serving him well. He literally bleeds for his art. Does it sound too much? For some. But it shows he's putting 150% into his work and that's what matters. Dean is a native of London, living in Newry, County Down, for almost 20 years. Classically trained in guitar as a child and has been writing and performing songs all his life. He plays bass guitar in a local punk cover band called Feed The Enemy but with his love of music he always wanted to perform his own so in July 2018 he decided to concentrate full time on his music and began travelling as a solo artist to Belfast, Dublin and around the country to promote his original music. He now comes with the new EP entitled Spiritual Suicide.

Runah is an art-folk artist based between Dublin and Manchester. Having been a part of the global Sofar Sounds series and played in various cities internationally, RUNAH has collaborated with other artists, most recently Florida based producer FKNSYD on her recent 2018 EP Calcify. Other international collaborations have included ‘Neighbourhoods Pt. 2’ with Australian six-piece Fairchild, Melbourne based artist Calan-Mai and a recent support slot for London based duo Empathy Test. RUNAH recently released her second EP 'Ghosts', recorded/produced with David Virgin, Rohan Healy and Al Quiff at Beardfire Studio, Dublin; a father and sons production team who, in their collective six decades of musical experience, have worked – on stage or in studio – with the likes of Nick Cave, INXS, Leslie Dowdall (In Tua Nua), Mary Black, The Cruel Sea, Cat Power, Billy Bragg and Lloyd Cole, to name a few.

Dan Elliott - Only Ever Been You (single)

Dan Elliott is a 24 year old singer-songwriter from Cork, Ireland. Having performed on the Dublin music circuit as well as across Europe for the past three years, Dan has earned a
reputation for his powerful voice, evocative lyrics and moving storytelling. Influenced by Bruce Springsteen, John Mayer, Ed Sheeran and David Gray, Elliott is among the finest
singer-songwriters currently emerging from the Irish music scene. Elliott’s debut single, ‘Only Ever Been You’, comes following a busy 2018. Having won
the Joe.ie/Le Crunch Apple Of My Eye Song Contest, he sold out his debut headline show Upstairs at Whelan’s and went on to appear at both Electric Picnic and Indiependence.

Donegal musician  Dean Maywood draws from vintage '70s golden era, rock, pop and country with his latest single 'Jane', featuring a common theme they all hold: simple, beautiful melody and lyrics with heart. Currently refining his sound and recording material for his debut album as well as paying his dues in bars and clubs gaining a little headway as he does, playing support for ‘Goats Don’t Shave’ at two sold out theatre shows and one for ‘The 4 Of Us’. This summer he appeared in the Leitrim and Galway Fringe Festivals as well as playing support to 'Phil Coulter' and 'Jason Wilber'. Live is where he really shines, having been a singer in a rock band for almost six years he knows how to handle an audience and in the same breath draw them in with his emotive performance, empathetic prose, tactful delivery and haunting storytelling.

Hailing from Mayo, on the Wild Atlantic coast of Ireland, Vickers Vimy craft songs that dwell on the borders of Folk and Americana. Rich eclectic sounds anchor lyrical themes of scratched vinyl nights and hazy Sunday mornings. Their second album “Atlas of Hearts” was released in March  2018, making the Rte Radio One recommends list, with the two singles ‘Keep your eye on the road’ and ‘Mermaid Of Luna Park’ being playlisted.Vickers Vimy have collaborated with Colm Mac Con Iomaire (The Frames & Swell Season) and had the pleasure of recording in the studio of Nick Seymour (Crowded House). Vickers Vimy have had the amazing fortune to support the late John Martyn. They have supported The Hothouse Flowers, The 4 Of Us, Maria Doyle Kennedy, and Mundy. They have shared the RTÉ Music Train with Christy Moore, Paul Brady, Kodaline, and Jack L.In a landscape that can truly rattle your bones and inspire your dreams Vickers Vimy continue to document in song the wonders of the Wild Atlantic.