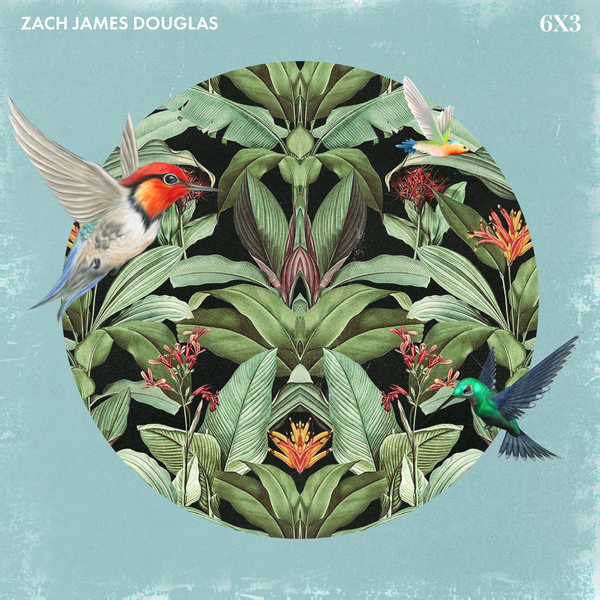 Zach James Douglas is an indie/alternative producer, hailing from the South Dublin suburb of Tallaght, but brought up by a pint of Guinness and a packet of crisps in any number of city centre dive bars. Having previously had the pleasure of playing festivals such as Glastonbury and Electric Picnic with former band “Little One”, Douglas now steps out alone for the first time, with his debut EP “6x3”. With musical elements reminiscent of Sylvan Esso, Grimes, Maribou State, and The Knife, "6x3" is a six track EP, featuring three guest vocalists and is the first of a trilogy of EP's - "6x3", "4x2" and "2x1", which are all due for release in coming 12 months.

Within "6x3", Douglas documents the rebuilding process of his personal psyche, after suffering a visceral rejection from someone who he loved deeply. It looks introspectively at the mental and psychological changes that occur within the receiver of such rejection and how these changes are processed and eventually accepted, while also extrovertly asking the question - what sort of person would be capable of dispensing such abuse and how will this ultimately affect them going forward? Another recurring theme throughout Douglas’ first farore into the moody abyss of a solo songwriter, is the concept of nature versus technology. This is best illustrated through the stark contrast and combinations of natural, conventional instrumentation and synthetic glitchy soundscapes. However, it is also seen through Z.J.D’s desire to dispel the natural feelings of shame, anxiety and depression and instead, compartmentalise and methodically process these emotions in a way that humans are generally not capable of. With the promise of three EP’s to deliver upon, and the much anticipated return of live music on the horizon, 2021 is set to be an exciting year for Zach James Douglas even if the first half of it has been enjoyed through his aging laptop screen, while sitting at his parent’s kitchen table.

6x3 brings six tracks, all dealing with relationships in different stages, from different angles. The highly atmospheric arrangements cause an impact even prior you hear the words. And once you hear them, they gently yet persisently get into your mind and leave an impression hard to get rid of. The female vocalists bring quite otherworldly feel to the tracks, you feel the emotions and relate to them, we're all human after all.Some of the tracks are more descriptive such as Something/Anything, there are more evocative ones Beta and there is one that stands out. It differs from the rest in the way the subject of relationship is taken and dealt with.Traits presents us with a situation where the singer is comfortable with her decision to end the relationship and move on because "you're bad for my health".  The lyrics are raw, direct, quite rough at times but there is no anger nor regret, just acceptance and the feeling of being happy with yourself and where you are with your life.

"i think about you not because I miss you, it's a habit I'm used to"

Questions,Thought, Silence offers a different viewpoint due to the male lead vocal. We get the impression the man presents himself as a victim here, someone who does everything right in order to get the attention of a woman and she doesn't give him what he's expecting.

"How can you explain treating me this way