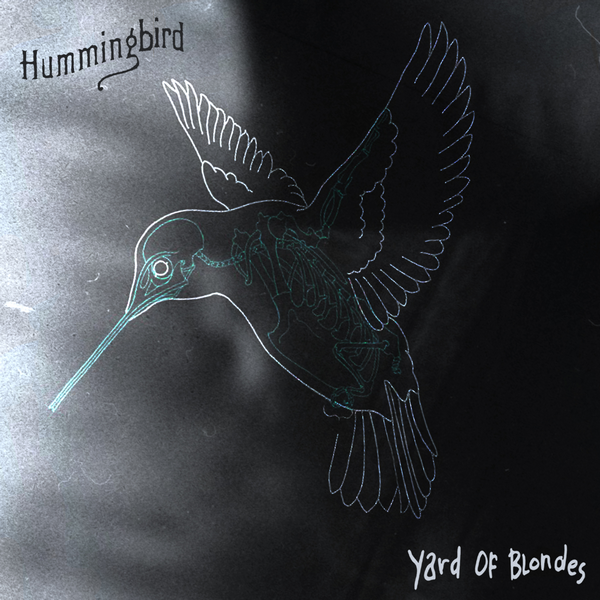 When Vincent Jacob met Fanny Hill and founded Yard of Blondes, none of them imagined the journey their band would take them on. Both French, they met in Venice, California, back in 2010. It took them a week to play their first show in LA and a few months to get on the road. In 2012 they decided to become a full rock band and recorded a heavier EP Murderology at Firewater Studios in Gardena, California. They had no idea that the studio owner is New York hardcore legend and Biohazard's founder, Billy Graziadei. In April 2020, the band finally got noticed and signed with the labels Die Laughing Records (California) and Golden Robots (Australia). Almost a year after the beginning of the pandemic the Los Angeles band had to part ways with the labels and become independent again. Hummingbird is the 4th single from the forthcoming album "Feed the Moon", to be released in 2021.

The song was written in 2016 after the Ferguson unrest and the fatal shooting of Michael Brown. Unfortunately, the last year showed us with George Floyd and Breonna Taylor that the song was still accurate and the deadly pandemic gave it an unsuspected new meaning.

The song starts with what sounds like a rocket launch countdown.The electric guitar and drums lead the way in this energetic high-octane track. One of those where you absorb the energy pouring out. The vocal is loud and clear, the singer is screaming in parts which is a typical element in the genre and it wouldn't be a proper rock song without such part. You can be sure everyone involved is giving the song their absolute everything.