When the magic is created (Jack O'Rourke & Anna Mitchell) 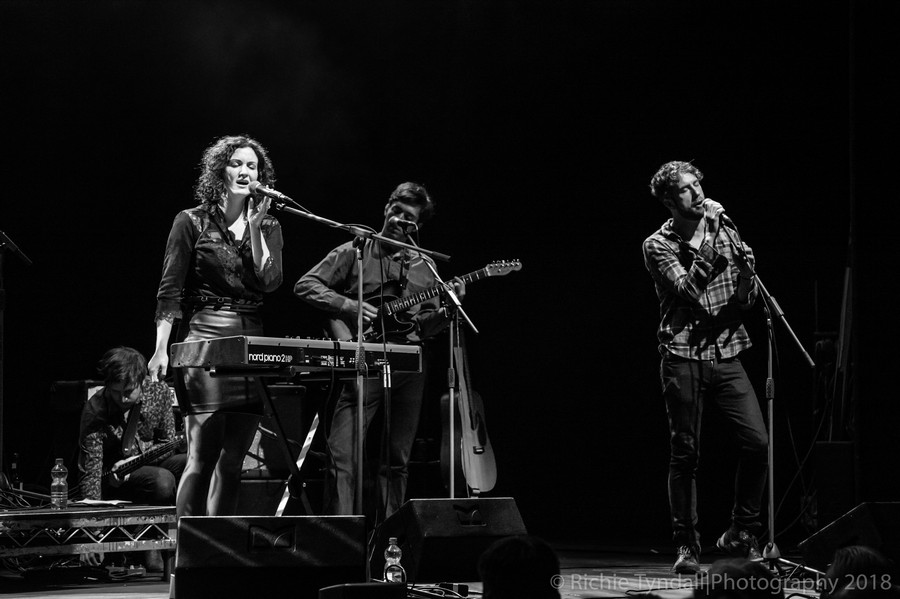 Cork City has a vibrant music scene full of extraordinary talents. The aim of a new festival called Right Here Right Now is to showcase some of these talents. The event takes place in Cork Opera House and presents gigs of all kinds. After a great success of the first edition last year the festival continued this June again with schedule packed of not-to-be-missed nights. One of such nights was one originally meant to be the festival opener but later moved to the festival closer. Jack O'Rourke played at the festival also last year, with Anna Mitchell and the Cork Opera House Concert Orchestra at that time. This time he returned with his band and they were joined by Anna Mitchell and her band.

The venue provided the perfect atmosphere for the ending of great weekend of music. Both musicians are important figures of Cork scene so the audience was in for a real treat. Anna Mitchell was the first to sing on the night. She released her self-titled album earlier in the year and the full band arrangement of the songs just highlighted her passionate vocal. Being invited to play in such a special setting was certainly both exciting and nerve-racking, as Anna herself put it. Some of the songs had a great country feel highlighted by the eletric guitar and drums. Anna's vocal range is mesmerizing and instantly caught everyone in the room.

She later invited Jack O'Rourke on stage to sing a song "Joga" by Björk with her and hearing voices of these two artists together was one of the highlights of the night. It made the listener think these two were simply born to sing together.

Then Jack and his band took the stage. The charismatic singer whose friendly nature immediately wins the audience played some songs from his debut album Dreamcatcher as well as some new songs. His songwriting is honest and deeply personal. The rawness of his songs is captivating but it feels natural at the same time. Anna Mitchell joined him once again on harmonies. You could see the joy in Jack's eyes and what it means to him to share the stage with his band and like-minded souls on such an extraordinary occasion. No wonder the audience didn't want to let him off the stage.

This was without doubt a night when the magic was created.