Victoria Keating - All Because I Could Not Sleep (single) 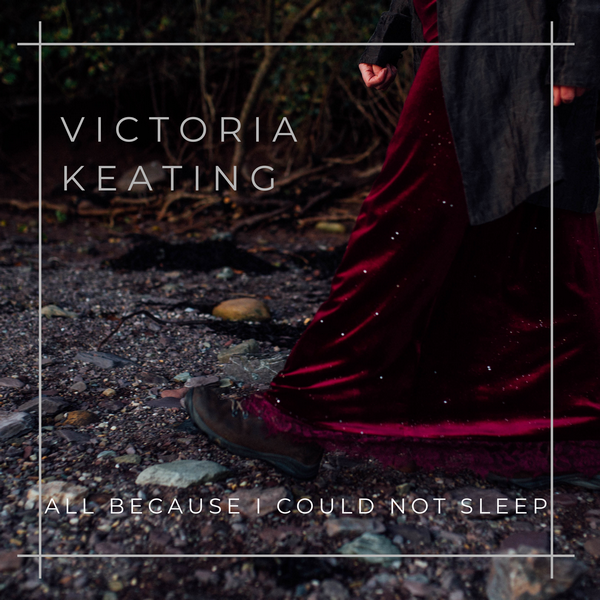 Victoria Keating is a singer/songwriter from west Cork, Ireland. She has worked with Christy Moore extensively since 2011, providing harmony vocals on five albums. She has also provided harmonies on Declan Sinnott’s second solo album. She has toured extensively with Christy and with Declan Sinnott playing sold out venues such as The Acoustic stage, Glastonbury and Vicar Street Dublin. She is building a loyal fanbase on her weekly show ‘Little Rooms, Big Music’ and is recording her first album of original material with Declan Sinnott and Martin Leahy

In 2017, Victoria was thrilled to be asked by composer Mark Wilkins to perform in ‘The Madrugada’ a song cycle based the lyrics of Mick Lynch, former frontman of Cork punk band Stump and original music by Mark. The sold out shows at Stack Theatre Cork received rave reviews.

Victoria released ‘​The Poor Ground’​ with ​Aine O’Gorman​ in November 2020. This song was written in 2017 by Victoria, Aine and Jamie Kelly as a response to the discovery of a mass grave on the grounds of the Tuam Mother and Baby Home. ‘The Poor Ground’ was on the RTE Recommends playlist for two weeks

The new single has a dark, layered, quite soothing vibe, Keating's vocal is deep, warm, consoling. You feel like, given the title of the song, it banishes all the nightmares and fears that may haunt you at night. She's like a good witch, chasing all the evil spirits away.

The song was named Song of the Week on The Acoustic Yard Radio Show.