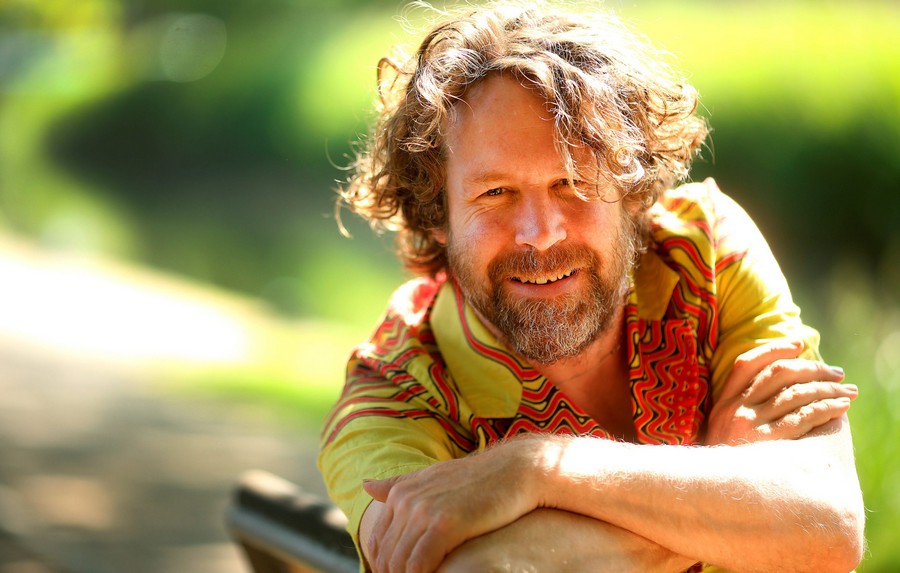 Today's article is going to be about a man whom I'm grateful to call a dear friend but I also deeply admire his art. Liam Ó Maonlaí is an acclaimed singer, musician and multiinstrumentalist. in 1985 he and guitarist Fiachna Ó Braonáin formed the band Hothouse Flowers that continues to rock to this day, with their latest album Let's Do This Thing released in 2016. There are certain bands that need to be seen live to be understood and Hothouse Flowers are definitely one of them.

Liam is also a member of a traditional music group Ré along with with Peter O'Toole, Cormac Begley, Eithne Ní Chatháin and Maitiú Ó Casaide.

I first met Liam somewhere in the spring of 2009 when he came to Czech Republic while on tour together with Marketa Irglova. I had been aware of his music for quite some time but to see and hear this man live was an unforgettable experience and it still is whenever I get a chance to catch him perform. His charisma is just amazing, one gesture is enough for him to have the audience in the palm of his hand. You have to be born with such gift and this man is gifted in so many ways. I could spend all day and all night listening to his beautiful soulful voice.

A true friendship is a friendship where you pick up where you left off despite not seeing each other for a few years. And I know this is the case of Liam and myself. Will always remember meeting him before Mic Christopher tribute gig in Vicar street, Dublin, in November 2016, we haven't seen each other for about six years at that point but it seemed like only yesterday was the last time. A moment that showed that once you connect with a true friend, it's forever. Go raibh míle maith agat mo chara!