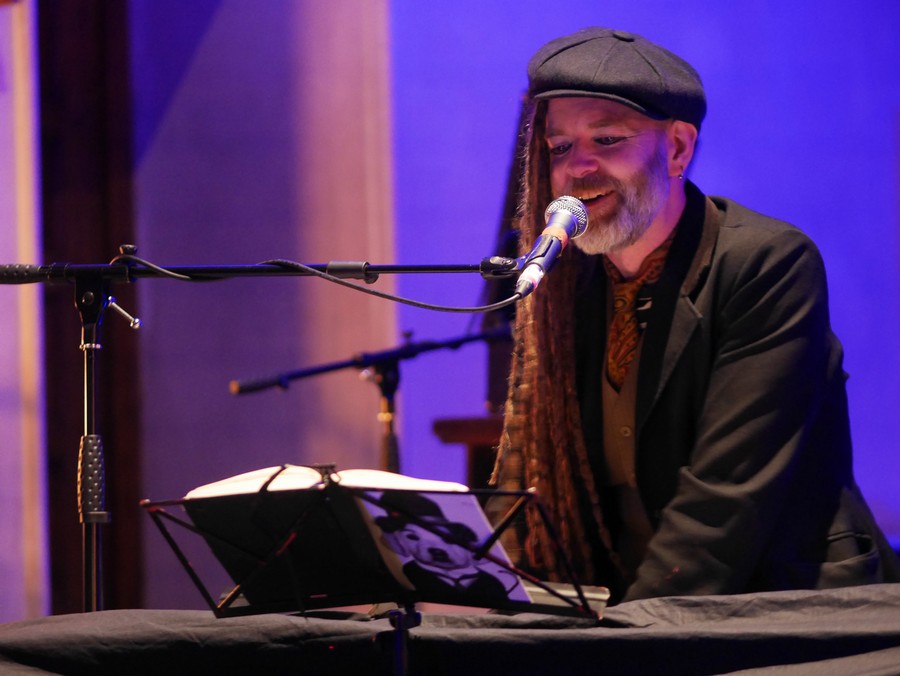 These weren't the ordinary gigs you go to. This was something else. Pure spiritual experience. Lead by the perfect leader. Two nights set in breathtaking small church right in the heart of London, you couldn't ask for a better place to see such an incredible artist that Duke Special is. The candles lit up the room to capture the atmosphere and one couldn't help but feel amazed. No wonder both gigs at St Pancras OId Church had been sold out for long time.

Small town Jones supported Duke both nights and he certainly blew away many in the audience. A voice that stops you in your tracks and you wonder why he doesn't have a wider audience. Given the venue he played in the lyrics sounded haunting at times and who knows - there might have been a few unseen souls in the room too. Duke Special came to London with a new record called Hallow (meaning "Holy", very appropriate in this case) which contains poems by Belfast poet Michael Longley. You couldn't possibly find a better setting for such an intimate evening. The audience was so attentive that you could hear a pin drop and even more than that.

There were moments that gave goosebumps to those present, for example when Duke started putting flowers on the floor of the stage and then sat quietly in the corner, as if in memory of someone...He also played a few songs from a recent release "A note let go" for which he teamed up with a traditional group Ulaid. These songs - like Duke's classics you know by heart - make you want to sing along. Of course, he couldn't miss evergreens like Last night I nearly died or Salvation tambourine. No cover up seemed simply perfect to be played in a venue like this. Duke also asked the audience if there are any requests and to fulfil some of them he played Dancing Trees, a song from exquisite album Under The Dark Cloth, which contains songs based on photographs, the pioneers of photography.

One of the highlights of the evening was the moment when Duke invited Small town Jones back on stage for a few songs and one of these was No Continuing City. What a powerful tune and the vocals of these two just fit perfectly as if they were born to sing together.

The magic was flowing in the air the whole night and those who were there won't forget it for a long time.