She's not the Girl from Once anymore (Marketa Irglova) 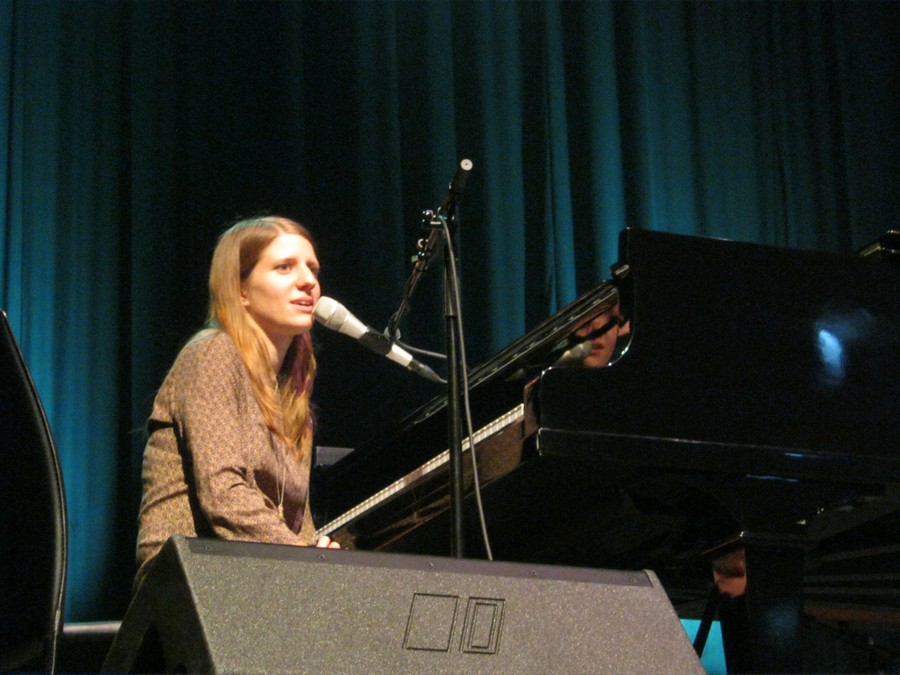 This was my first visit to a newly opened music venue in Brno called Sono centrum. I didn't expect anything special from this place, it's just another big concert hall where you're constantly watched by security and feel like a bird in a cage. But that was wrong. The truth is the venue is quite big but the whole impression isn't as awful as you'd expect. And despite the size of the place you still feel in contact with the artists.

The night wasn't sold out but it was clear that those who came, knew. So the only unknown was an American songwriter Rosi Golan and Brendan Walters who supported Marketa Irglova on this tour. Rosi's roots are in Israel and this was her and Brendan's very first time in our country but certainly not the last. Rosi's voice is soft and pleasant, her songs are somehow familiar even though you don't know where you heard them.

After a short break there was the moment everyone was waiting for. First on stage were musicians from the band and then Marketa Irglova herself came to sing and play. It seems she still looks the same but she's not the teenage girl from Once but an adult woman with a unique voice and her own approach to songwriting. Her lyrics take you to another world. She mainly played the songs from her new album Muna but couldn't forget old hits like If You Want Me, The Hill or Falling slowly which received an Oscar. There's an interesting and not-to-be-missed member of the band. Aida Shaghasemi comes from Iran but lives in USA. She played a typical instrument of her country called daf. And she sang a Farsi version of the tune called The Swell Season. Certainly a unique experience.

The audience didn't hesitate to sing along during the concert, first joined Rosi and then Marketa for I Have Loved You Wrong. Marketa apologized to the audience for her lyrics in English, she might write a Czech song in the future. She sang a Czech song at the very end, Jerabiny by Karel Kryl and the audience gave her a standing ovation for that. Marketa is the same nice and kind girl as she used to be, let's hope she will stay the same.