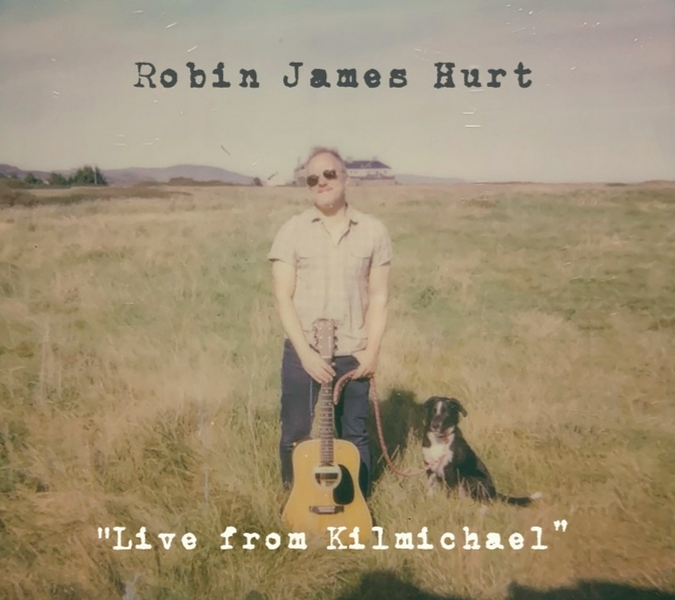 Robin James Hurt was born in Belfast, raised in Scotland and lived in Dublin for many years. More recently he has settled on the coast of County Wexford in the south east of Ireland.He is a consummate, captivating, highly popular live performer, playing regularly in Dublin and around Ireland at both more intimate venues and larger festivals, as well as all across Europe and beyond. Robin’s considerable talents as a guitarist, composer and singer have brought him on a rich, varied path as a solo act and also with other artists, such as the late great Ronnie Drew of The Dubliners, Sinead O'Connor, Finbar Furey and Camille O'Sullivan; and bands such as Bohínta, Gael Slí, The West Seventies, Bagatelle and many others. As a guitarist Robin has worked in many genres, but he found his musical voice through his lifelong love for folk music, particularly from the traditions of Ireland, Scotland and England.

He has gained international recognition for unique original compositions (on both guitar and mandolin) and fresh rearrangements of traditional tunes, taking frequently lesser-known folk songs and filling them with love, yearning and raw emotion. His work goes beyond any folk music idiom to a simple heartfelt connection anyone can understand. Robin has released three albums and three EPs under his own name and has also appeared on many albums by other acts over the years.

His latest release, Live from Kilmichael, inspired by weekly lockdown livestream sessions of the same name, was recorded at his home in County Wexford and gives a pretty good idea about his work even to somebody who has never heard about him before. It's an exciting mix of original compositions, newly arranged traditionals and a cover of Billy Bragg's ballad Between The Wars.

Right as the first song, Salonika, starts, you are immediately transported to the Emerald Isle and as you dig deeper into the album, you feel like being in the middle of a music session in a pub. Something that seems to be a distant memory these days and maybe that makes this album even more special. Robin James Hurts put his everything in the song from the first chord, you can feel the energy and the passion. In the end, the music can't be done without putting the entire heart in it, don't you agree?

Croghan to the Sea is a beautiful instrumental composition which gives a clear picture of Robin's abilities. It brings you the imagery the wind playing with the waves when you're alone somewhere on the coast, enjoying the peace and quiet.

The rendition of Johnston's Motor Car shows us this is a live recording, hearing the dog barking in the backround makes you smile. Perhaps a sign of an approval?

Poor Paddy on the Railway is another of those well-known songs. It perfectly showcases not only Hurt's vocal range and his potential as a singer (notice the phrasing and the speed, try it yourselves and you will understand how tough that is) but also as a guitarist. An ideal late night session number.

In Between The Wars you clearly notice Hurt's Scottish accent, That shows you can never deny your roots. Sit back, relax, sing along to the song you recognize and enjoy this prime collection from the Irish troubadour.