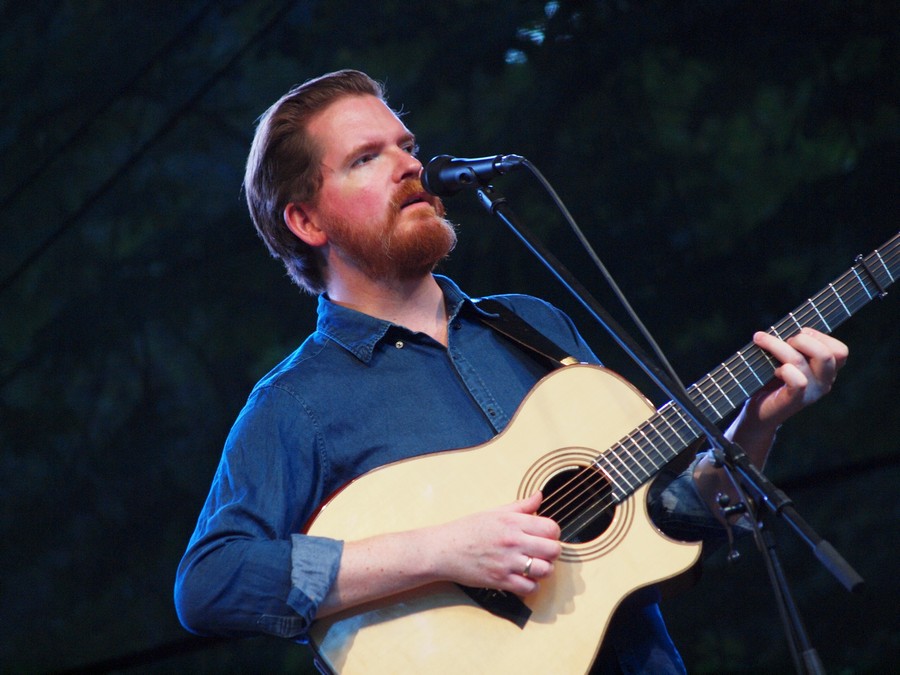 Even though it was the start of Folk holidays festival in Namest nad Oslavou, Czech Republic, one of the highlights came on Monday July 30th. English songwriter John Smith (some might say there is no name more typical for an English person) performed in the Czech Republic for the very first time but the reputation of master guitarist and an author of powerful songs full of raw emotions was already there. Then add collaborations with big stars like Waterson:Carthy, Joan Baez, Lisa Hannigan or Glen Hansard and the unforgettable experience is guaranteed.

At the start of his performance, John made the audience laugh saying he didn't have time on the plane to learn Czech language, he was only able to learn two words - "prosím" (please) and "pivo" (beer) during the time spent at the festival. He also shared that Ben Walker, who was supposed to be playing after him along with Josienne Clarke, borrowed him a guitar for the set, that an EasyJet arline did something with his own guitar.

The charismatic artist didn't talk too much through the performance but he left a deep impression. He mostly played songs from his album Headlong, released last year, where he shares the feelings towards his wife Joanna. Every woman would surely love to hear something like that. One of the highlights of Smith's performance was a new song Hummingbird, written a few weeks prior. A powerful story of a true love that ends tragically after a short period of time.

John Smith is a confident performer, raw emotions in the songs cut you to the core. These are songs that demand to be heard. You leave the concert thinking you haven't heard anything so powerful and so true for a long time.