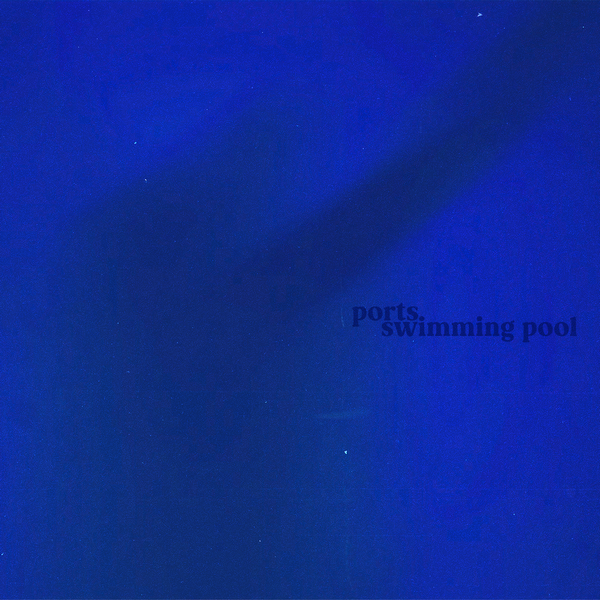 Mixing folk with heavy synths and taking influence from contemporary artists such as Phosphorescent, Big Thief, Andy Shauf, Aldous Harding and Stars of the lid, PORTS, an alternative folk rock band from Derry, Nothern Ireland, shows off their great sense of melody, strong lyrical ability and song writing craftsmanship, whilst maintaining their haunting signature sound. PORTS toured extensively after the release of their album ‘The Devil is a Songbird’ garnering support from BBC Radio 1, BBC Radio 2, BBC Radio 6, BBC Radio Foyle and RTE with performances on Cerys Matthews show (Radio 6) and Other Voices (RTE). This earned them a strong following. They have 3 million +  Spotify plays, and 45k monthly listeners.

Their new single ‘Swimming Pool’ was written whilst recording their new album. “We were just messing about between takes and it started to take form” explains Steven McCool. “The music and melody fell together within minutes, so we decided to record it”. “We were using a new lyric writing technique, where we would imagine a scene. So I said I can see someone diving into a swimming pool at night in slow motion” says Steven. “The song ultimately became a metaphor for our emotions, if you fight them they become harder to manoeuvre. So, like swimming you just go with it and it gets easier the more relaxed you are”. PORTS had just started writing together after a brief hiatus when they returned from touring US, Canada and Australia and then covid hit, which stalled things a bit further. “It’s funny how things work out. We wrote a lot of new tracks during lockdown that have now replaced many on the album. We really worked hard on our sound and where we want it to go”, explains Steven.

“During our short hiatus, we didn’t know what we wanted from the band. We had somediscussions on what direction to go and what sound we should create, but it became frustrating, trying to find a sound. When we decided to start writing again we decided we’d stop overthinking and just write. We found out pretty quickly we loved writing together. We messed around with soundscapes, lyrical concepts and many different genres and only went with what felt natural”

The new album has a mix of folk rock, Cajun feel with an electronic lo-fi shoegaze soundscape. Mixing folk with heavy synths. Taking influence from contemporary artists such as Phosphorescent, Big Thief, Andy Shauf, Aldous Harding and Stars of the lid. PORTS built a strong repertoire over the years, with 8 tracks off their first album being used for Television, on MTV, BBC, RTE, on shows such as Teen Wolf, Bloodlands, Awkward, Wild Ireland and Love in a day. One of their tracks was also used on the Discover NI advert.

This is testament to the power of PORTS songwriting ability. PORTS have big plans to release lots of music this year, with the release of their sophomore album ‘Wild Awake’ to be announced in the coming weeks. They return with a deeper mature sound, lyrically strengthened and re-establishing themselves as one of the more interesting, exciting acts in the country.

Hugely atmospheric with the evocative tones courtesy of the violin, Swimming Pool is a song that easily penetrates your skin and touches your heart. The instrumentation along with the soft and seemingly consoling vocal create a deeply powerful composition impossible to ignore. Even if this was just an instrumental piece the same power would still be there.