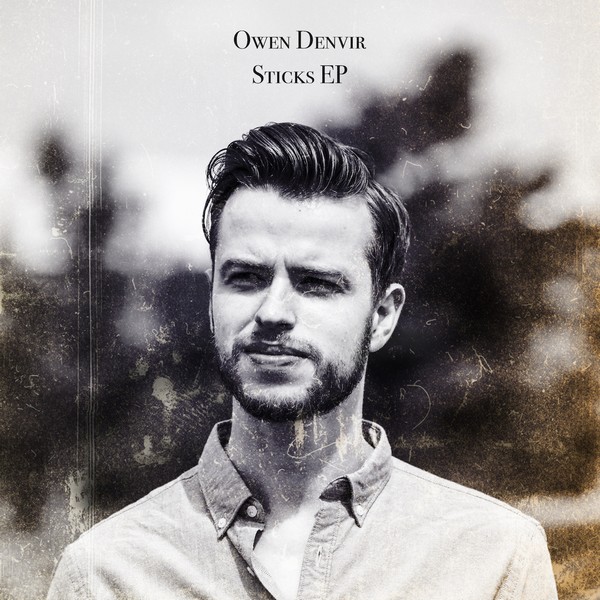 Belfast born Owen Denvir has already established himself as one of the most interesting acts on the singer/songwriter scene. In order to make the mark for his name even stronger he decided to do something we think nobody has done before (or at least that we're not aware of) - releasing a series of 3 EPs that will eventually form his debut album. Certainly a concept that attracts attention. Sticks is the first EP from the series where the songs are linked thematically through each.

After spending the last year collaborating with the charity ‘Live Music Now’ – who provide professional music for care homes and special schools – Owen recorded and produced the album “Music & Memories: Voices of Belfast” alongside Peter J McCauley (of Rams’ Pocket Radio). This project was compiled over six months, where the residents of East & West Belfast care homes shared their memories and sang their favorite classic folk songs. The result is a unique set of arrangements featuring guitar, piano, viola, and ukulele, bringing together voices from across the city in a blend of nostalgia and Belfast wit.

The base of not only Reckless but of everything this talented artist produces is powerful songwriting that goes deep down. This song has an upbeat pop vibe but bares a more serious message inside.

"...if my heart breaks then it's worth it, just to know that I ever felt love at all.."

Ghost was the first single released of this EP. Haunting piano ballad inspired by a personal experience gives you goosebumps straight away. Denvir is nearly wailing in some parts, the emotions are almost palpable.

Stay was released as the second single. Written about a lover leaving and trying to convince them to stay, it has that feel of a movie soundtrack. Don't you picture a romantic scene on a rainy day in your mind when you hear this? We can't help but hear certain resemblance to Wexford's Basciville in this song. Dark, atmospheric sound combined with powerful songwriting. What else do you want?

The Lie That You Think I Am is like the bright star shining through the clouds. Probably the most optimistic track from this collection, full of hope and openly expressed feelings.

Once you started to believe in hope and finding love again, Rewind throws everything back in the mood of doubts and loneliness although the singer seems to be ok with the situation when he says  " you're not the one who takes all she can get.... I'm moving on and still you're not the one that I want..."

This is honest songwriting as raw as it gets. Owen Denvir is showing everyone how it's done. Wearing the heart on his sleeve and saying words that touch souls.