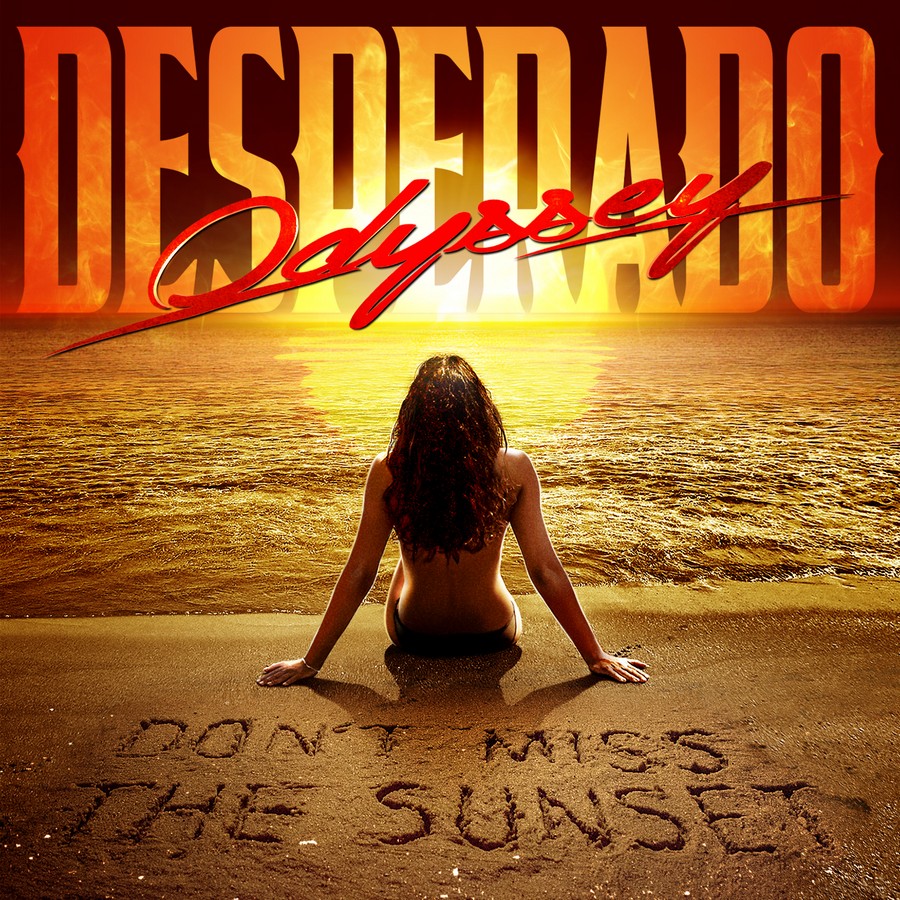 Odyssey Desperado is a melodic hard rock project that started in 2014 in Athens, Greece. His dream was to share the music and the ideas he had in his mind with other people. To achieve that he worked with some of the greatest Greek voices in the genre. The result is born four years later and called Don't Miss the Sunset.

Opening track catches the listeners ear with the guitar riffs and also when the drums join in, you remember that sequence. The melody is the only thing you remember from the track. The lyrics sort of evaporate or disappear in the melody,

It seems like the lyrics in general are sort of a second element in these songs. Not they aren't important, just the words seem quite simple, repeating a few lines over and over. Clearly the band wants the listener to remember their music. The lead singer has a voice that is pleasant to listen to, he can sing, there is no doubt about it.

Whether intentional or not, the overall impression from these songs is that this could be a perfect soundtrack to a hot summer night. The album has a potential to be a good collection of catchy songs but it got stuck somewhere in the middle. After a while you get the sense that all the songs sound the same and you almost can't tell the difference between them, neither is there something that makes this band truly unique and recognizable among others. Perhaps a change of a song theme would be beneficial.