Nella feat.Dónal Lunny - We're all in this together (single) 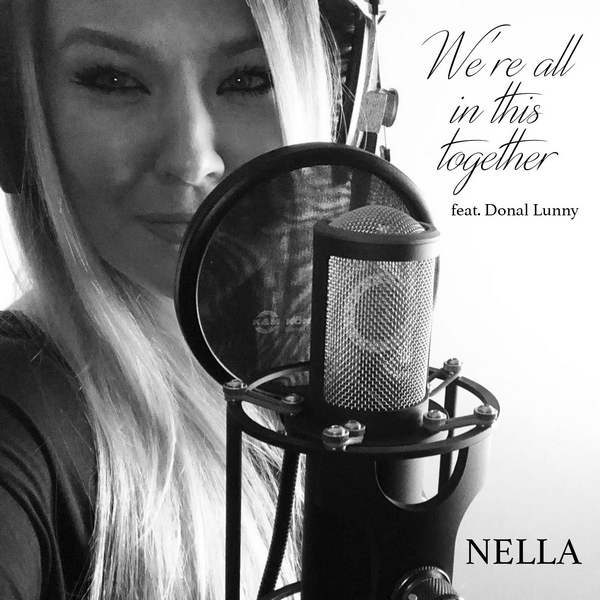 Featured in video game tracks, film scores, and alternative music, Nella’s voice has reached around the world. Nella’s EP Revolution was released in 2015 and quickly hit the number one spot on iTunes in preorder sales. She has been recognised for her soaring lead vocals on World of Warcraft Legion, scored by Russell Brower. Nella toured with the Video GamesLive series across the globe. She has a fan base that spans adult alternative fans to avid video game players that connect to some of their favourite storylines with Nella’s emotional throughline. She has been collaborating with a number of Grammy- and Emmy-award winning artists and composers, and there will be more from her in the months to come.

Nella's latest single We're all in this together seems to be more than fitting to current times that many find hard and uncertain. The song has a message of hope, comfort and togetherness, Nella's warm vocal brings consolation and you get the sense that you're not alone. According to Nella, it was written years ago but it could have been written yesterday and be equally appropriate. Nella enlisted the help of renowned musician Dónal Lunny, founding member of Planxty and Moving Hearts to name a few. Lunny has been the leading force of renaissance of Irish traditional music for five decades.

The guitar leads us into a trip down the memory lane, we're guided by Nella's warm vocal. Don't you wanna go back in time as well? To turn back the hand of time, catch up with old friends and perhaps old flames...

This well-crafted folk song shows once again the healing power of music and that it's a saving force when everything else fails.