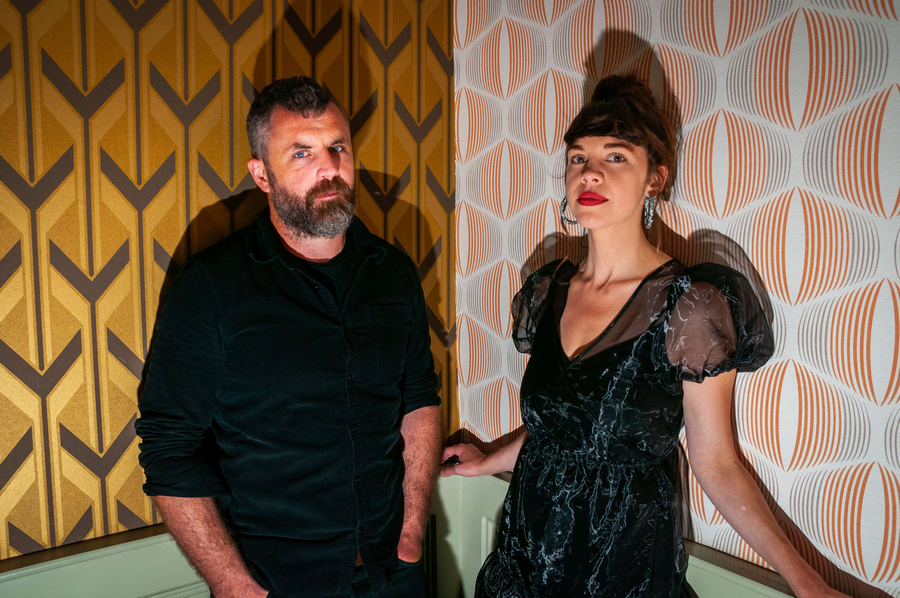 Trouble is the new single from double platinum selling Mick Flannery, one of Ireland’s most acclaimed artists and newcomer Susan O’Neill, currently one of the country’s best kept secrets. The track is taken from the pair’s upcoming collaborative album ‘In The Game’, which charts the coming together and falling apart of a relationship. Instantly timeless, universally relatable and genuinely moving, the record is the sound of two truly unique artists working in complete harmony. Produced ‘virtually’ by LA based, Australian producer Tony Buchen (Courtney Barnett, Smashing Pumpkins, Tim Finn) it features musicians from both Ireland and America including ‘Death Cab for Cuties’ Zac Rae on Wurlitzer duties.

The result of Mick and Susan’s first day working together, ‘Trouble’ is, as Mick explains, about the endless trials and struggles found in the world today, the vast quantity of them and the difficulties of dealing with them, on both a global and personal scale

“Modern technology and modes of communication allow us all to be aware of the troubles of the world on a mass scale, whilst also dealing with our own personal struggles. This song speaks to the nature of this awareness and how we can (and sometimes have to) turn away, for better or worse.”

Lyrically, ‘Trouble’ pulls from old proverbs, repurposed and recontextualised for the song, as Susan elaborates "A nod to some of the old proverbs that many of us grew up hearing. Mick pieced many of them together including ‘Wear the shoe, walk the mile’ ‘’Spare the rod, spoil the child’ in this song they have become intertwined with a chorus suggesting we must carry on the journey in the face of all experience"

Haunting string arrangement only emphasizes the deeper meaning of the words and demands attention. The two vocals not only compliment each other but there's urgency in their delivery, making the listener reflect and possibly question the sense of some of the actions, whether right or wrong.  We all learn from our mistakes but we also have to celebrate our triumphs, no matter their size.  The smallest can have the greatest importance.

The accompanying video was directed by Christopher Luke and provides the perfect visual companion to the track; powerful, emotive and thought-provoking.

‘Trouble’ is the third track to be revealed from ‘In The Game’, following ‘Chain Reaction’, released earlier this year and 2020’s single ‘Baby Talk’, which won ‘Best Original Song of The Year’ at the prestigious RTÉ Radio 1 Awards and has racked up nearly 1 million streams to date.  The pair’s staggering live performances on both The Late Late Show and Other Voices ‘Courage’ were widely lauded as performances of the year.

‘In The Game’ is due out September 3rd.