Marenna - Meister - Out Of Reach 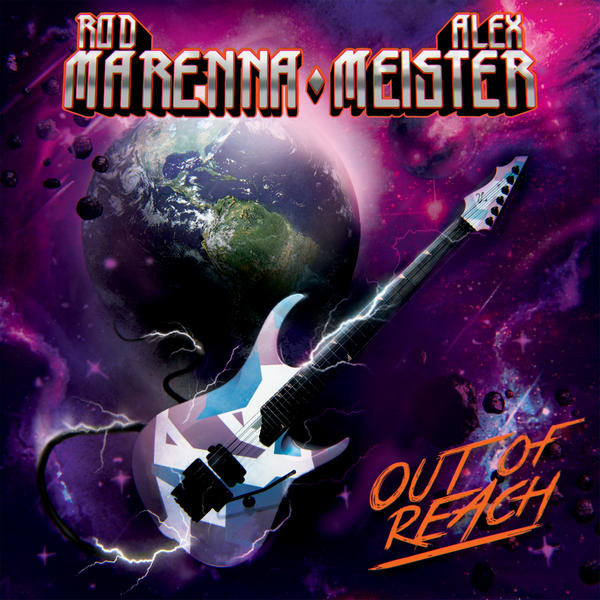 Marenna-Meister is the new project of singer Rod Marenna (Marenna) and guitarist Alex Meister (ex-Pleasure Maker / Alex Meister Solo). The band presents their debut album, &quot;Out Of Reach, which will be released on September 28th by the Danish label Lions Pride Music and features 10 extremely powerful tracks with the energy of the 80& 90s Hard Rock and Glam Metal.With the most intense vibrations, combining her experiences of more than 25 years dedicated to this style, Marenna-Meister promotes an exciting union between melodic and striking vocals, powerful riffs and guitar solos with tons of energy to be heard at full volume, Out Of Reach guarantees a trip to the golden times, inspired by DANGER DANGER, DOKKEN, WINGER and WARRANT.

Right from the start, the experience of both musicians shows itself in the full light.  And the album kicks off in the full force. Out of Touch is full of energy, demonstrates the vibe of a packedconcert night in a club. There are some mouthwatering guitar riffs and we have to give a special mention to the vocal delivery, it's not always that the singer in the given genre can be understood but here you have no doubt what the song is about.

Themes of the songs are typical for the genre - all sides and angles of love and relationships. The Price of Love was previously released as a single and it presents a bit of bitterness in the lyrics, starting with the words " you've taken from me everything you could, that's the price of love"

Both vocals sound really good together in this song and you can sense certain maliciousness as well as the singer wishes the girl who pressumably left him to experience the same heartbreak and to realize what she's causing to those who fall in love with her.

I Don't Wanna Loose You starts with a haunting guitar before turning into a full force. The listener gets an uneasy feeling from the lyrics in this case and asks himself at the end what's the point of pressuring somebody to love you? You cannot force the feelings and if somebody sees it differently, there is not much you can do about it.

The level of energy is probably the highest in Sleeping with the Enemy.  Another post-breakup song ("I've been playing with fire and you put poison in my heart") but no so negative in the outcome as I Don't Wanna Loose You. Quite the opposite in fact as the song ends with the words "something's gonna change"

It Ain't Easy (Loving You) slightly slows everything down and itnroduces the theme of loneliness and finding one's place in the world. Dangerous Minds continue with the theme of looking for companionship. We think this is a great title of the song and it could easily apply to creatives of all kinds as they use everything around them as an inspiration for their work as well.

Feel the Hunger raises the bar of energy and of feelings expressed in the song once again. Danceable melody you'll be jumping to before you know it. Don't you picture a full club once again?