MARBL - The Sunsets and Dawns of Everything (EP) 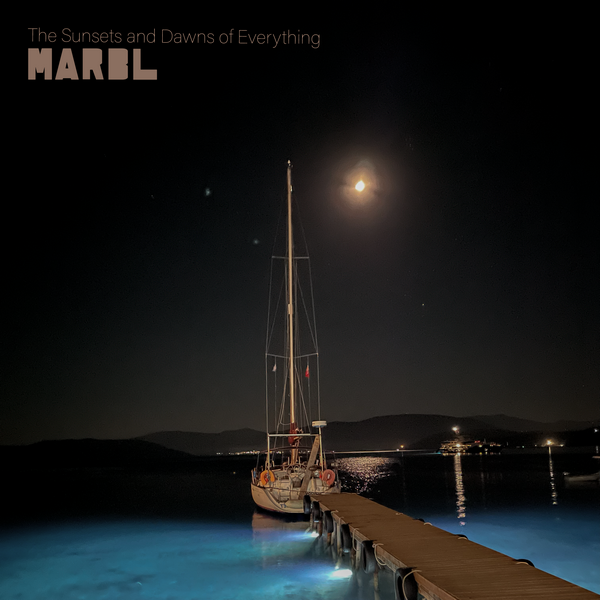 After the first and second EPs “MARBL”, and “The Flight of the Hawks”, MARBL has released her third one “The Sunsets and Dawns of Everything”, revealing new and promising hues of her unique and dreamlike sounds. These days MARBL is performing and touring around the world to promote the new release.

„The Sunsets and Dawns of Everything" is a long cycle I've been through and experienced during the past three years. The EP tells the story of the sunsets and the dawns of the heart, depicting everyphase of this transition. The music is followed by music videos (created by the talented mind and hands of Tomer Levi) aiming to take you with me on that journey, shedding light and hope even when it's darkest, waiting for the sun that never fails to rise, and then, linger in this space in time where time can wait. My songs and I hope to touch you and walk you hand by hand through your transitions.“

MARBL, who also works as a vocal coach in Tel-Aviv, was able to generate a great media response worldwide with several singles and her last EP "The Flight of the Hawks". In addition to countless reviews, some of her songs have been included in editorial playlists by Amazon and Spotify and have been featured by Mahogany.

The First Day of the Rain brings calm within a jazzy piece laced with nostalgic romance. The strings add particularly evocative feeling to, almost sounding like an an orchestra. MARBL's ethereal voice stands above like a lighthouse, gently accompanied by other instruments.

The love and overall sentiment is even more palpable in You (Make Me Feel Brand New). Here, the dreamy arrangement and carefully placed few lines do real wonders. Atmospheric to the core.

Everybody's Getting Married is a snaphot of life of a modern girl who's enjoying everything the life has to offer, no matter what others think. No doubt many women among listeners can relate to the words "everybody's looking at me like it's sinful to live my life"

All songs on this EP have one thing in common - not only the distinctive vocal and simplicity of the arrangements but the intimacy and honesty of the words you can strongly relate to.