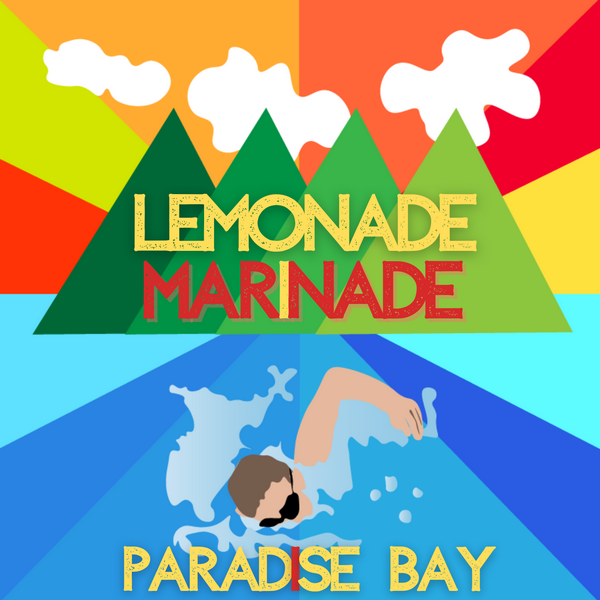 Lemonade Marinade release their 4th single ‘Paradise Bay' and once again all proceeds will go to mental health charities. Following up from the acclaimed songs 'Brilliant', 'It's Good To See' and 'Venus and Me' the lockdown band releases another delightful soothingly warm piece of music heaven. The band are delighted to add the beautiful voice of Gillian Tuite to the ever involving line up. Think of the Americana sound of Alison Krauss intertwined with Ireland’s Maura O'Connell and you will find Gillian somewhere in the middle. She has released quite a few solo songs in the last year, co-writes with such prestigious songwriters as Eurovision winner Charlie McGettigan and US songwriter Gary Ferguson.

All the songs in this project relate lyrically to the chosen charity conveying a message of hope and again the track was written by songwriter and producer David Dee Moore.  'Paradise Bay' tells of the comfort given to those who are addicted to the magic of swimming in the sea even in the cold extremities of winter.  No more prevelant than the aquatic gatherings around the beautiful Clew Bay in Co.Mayo where David is based.

Soothing melody of Paradise Bay brings sunshine, calms down the mind and enriches the soul. Gillian Tuite's vocal is an exquisite choice for the track. She's re-assuring the listener that there are places they can escape to when things become overwhelming. This is a reminder that nothing is as bad as it seems at first glance and the sun will rise again. The road towards the light may take a while but it's there. The strings add just the right dose of the right sentiment, everything is well-balanced. This song restores the belief in the light at the end of the tunnel.

"It's not built in a day
It’s meant to be that way
It's a place to ponder
To dream, to wonder"