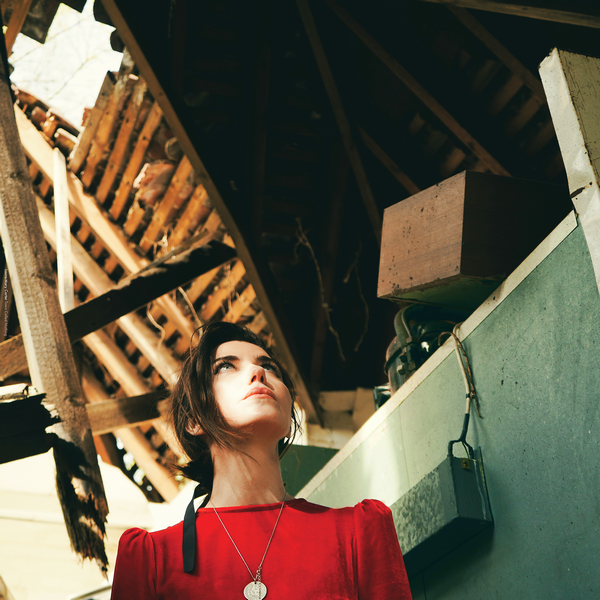 Laura - Mary Carter, best known as one half of rockers Blood Red Shoes, made her solo debut last December with the release of mini - album, Town Called Nothing. A much quieter and more contemplative sound than her usual guitar - shredding anthems, Town Called Nothing was written in between tours at various sublets and studios in the UK and Los Angeles.
"I found a beat up acoustic guitar and without thinking about it songs just started to come to me, " she shares. "The idea of writing on an acoustic guitar was new to me, I’d always written songs for my band which has a very heavy disposition. I realised that writing in this intimate way exposed my voice and changed the way I was writing and singing lyrics." The record was produced by Ed Harcourt at RAK studios, UK, who also played bass and piano, plus Jorma Vik (The Bronx, Eagles Of Death Metal) on drums. Along with the news, Laura - Mary shares the title - track " Town Called Nothing " - a country - indebted lament about the inescapable pull of a relationship doomed to fail. It was the first song penned for the record, written in just under an hour, on a late evening in Los Angeles.
There's certain resemblance to Lisa O'Neill in Carter's vocal delivery, especially in the opening track,  Blue's Not My Colour.  The song becomes more upbeat when it gets to the chorus, it's driven by steady percussion beats and the guitars.
Signs changes the mood into more meditative, almost sleepy at times. Even the vocal gives an impression of tiredness in various parts. However, as the song develops, it becomes more atmopsheric, mystical, as if calling the spirits of the ancestors.
The title track, as mentioned before, is a country number where the lyrics makes you think about your own situation, makes you question your own relationship and its direction. However, the melody maintains the positive outlook on the overall theme and this comes in stark contrast in the lyrics dealing with an escape and a fresh start. You may start to think that a fresh start isn't a bad thing after all when there's no way to save the relationship you're in.
Better On My Own follows the previous song, at least lyrically and its hard rock arrangement only solidyfies the title. Sometimes, we are better off drawing a line, leaving the past behind and starting over. On our own.
"i think it's best of ways to be alone, I'll make it better on my own"
The City We Live is quieter, more introspective. Its dark aura forces the listener to concentrate more on the words.
Ceremony closes the EP and the arrangement is very appropriate to the song title. Percussions are leading the way and Carter's haunting vocal gives you chills. There are some dark vibes in there, well-crafted to play with all senses. Perfect track for a ritual night gathering in the woods, don't you think?
Watch the video for the title track here:
Tweet