Jamie McDonald & The Number Nein - We Be Miracles 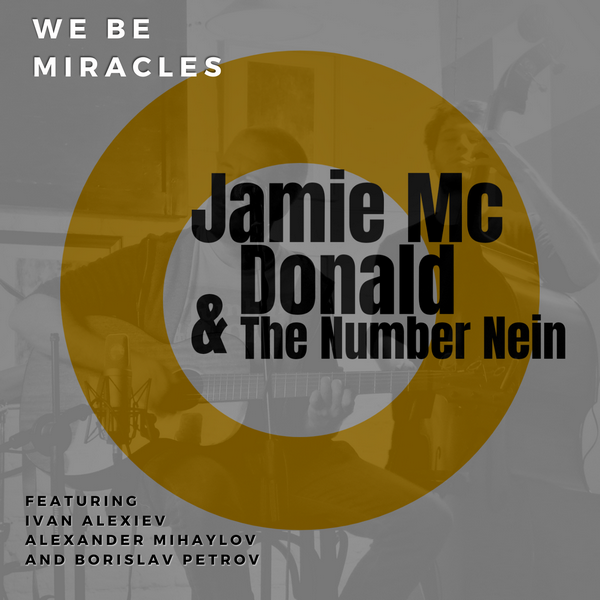 We all know Ireland is a well containing diverse talents. There are some we are familiar with, others are less known although they deserve wider audience. This is the case of Jamie McDonald, a singer/songwriter from Carlow who is now based in Sofia, Bulgaria. Jamie sings with such a contagious passion and energy that would even awake the dead, as they say. His career spans 3 decades and 10 albums.

Without doubt, there is something special about live recordings. They capture the mood, the emotions, the moment. You could say after all these years Jamie McDonald has been on the scene it's about  time he releases a live album. The wait is over. His new offering called We Be Miracles, is live, raw, intimate, honest. His soulful voice immediately grabs your ears. The Irish roots are inescapable when you hear him sing.

There are more upbeat numbers like For The Price of Love which has country music feel and the saxophone adds a tasty layer to it. The magic captured on the spot.

If I Ruled the World has a slight romantic twist and the Irishness is undeniable. It wouldn't be the same without the flute.

If You Wear that Dress Tonight is a bluesy number where the flute plays a dominant part again.

It's Not Your Game is a highlight of this album eventhough all the songs are flowing so smoothly that it makes it harder to choose. But this jazzy track with sweet saxophone tones and catchy rhytm that's impossible not to dance to summs McDonald's work up in a few short minutes. Skilled guitarist and songwriter with irresistible voice who's not affraid to talk about the serious topics in the songs.

This collection pays homage to some of Jamie McDonald's influences. The songs have timeless feel, the lyrics hit home, the refreshing mix of styles shows he's not affraid to experiment. Quite the opposite. He feels like a fish in the water in every style. You can be sure there's always a surprise each time he puts a new thing out.