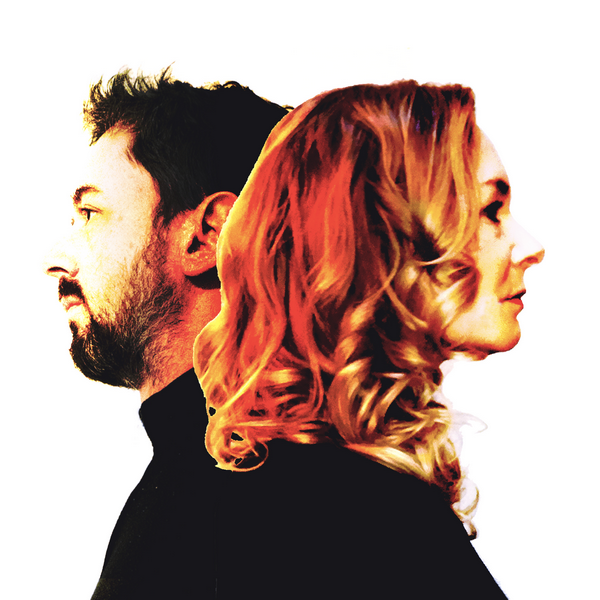 One of the things music does is that it connects like-minded people. Sometimes, the connections are unexpected. And  the greatest art is born from nowhere. Isn't that just what musicians do in general, creating something from nothing? Perfect example of this unexpected collaboration are French artist Clint Slate and Scottish singer/songwriter Iona James. Iona, a nurse by profession, realized her long-time music dream by releasing her debut single "To The Moon" in January of this year.

She joined the Army, trained as a nurse but the music was her constant companion, she kept writing songs and after a conversation with her father-in-law she followed her heart and booked a songwriting course.It was there the flame was ignited and the desire to release songs grew stronger. Songwriting was an escape for Iona from working as a nurse during the pandemic, from the sadness and despair she saw around.

Songwriter and multiinstrumentalist Gregg Michel created Clint Slate in 2015. He works on multiple projects, concept album with a focus to a progress rock, becoming a metal singer for a former drummer of Shakin Street, Bono for a U2 tribute or rock'n'roll clown for Les Franglaises. The pandemic puts a stop to these projects. After meeting Iona James their artistic worlds collide and the EP is just the start of what looks like a promising collaboration.

The dreamy sound of No Way Out pretty much sets the tone for the EP. Iona James's voice is exactly what you imagine when somebody mention Celtic music. It's in her veins and she lets it out in its entirety. Clint Slate's vocal compliments her nicely and the harmonies seem like they were always meant to join forces. The song starts softly and builds up to a full sound with drums and electric guitars, stadium/like. Eeverything s quitens down again towards the end and you can't help but imagine the misty land of Celtic ancestors as you hear Iona's ethereal voice.

Believe is another example how  well could a collaboration turn out if it's effortless,organic. The track has an encouraging vibe, it shines through and should motivate even the biggest pesimists. Clint Slate's vocal strongly resembles Bono but this is no surprise as we mentioned above. He uses it to his advantage and the result is powerful. The arrangement resembles the waves and the sea (perhaps this is where the title of the record comes from).

Tell Me Now is a mellow song where the uplifting melody is in stark contrast with the bittersweet lyrics where a couple tries to deal with the fact their relationship is heading south and there is no way back. The electric guitar riffs brighten the overall mood like a sunshiine after the rain. Lyrics are simple yet that's exactly where the power lies. Raw honesty.

If there is one track where Ion James' vocal showcases all its colours, it's The Ticking Tide . Interesting arrangement with various melodic and instrumental changes where you feel the tension building and you're waiting for the bomb to go off. It eventually emerges as an indie rock number with poignant lyrics about the passing of time and how the past shapes our future yet we have to learn from it, not be stuck in it. Past is past and cannot be changed.