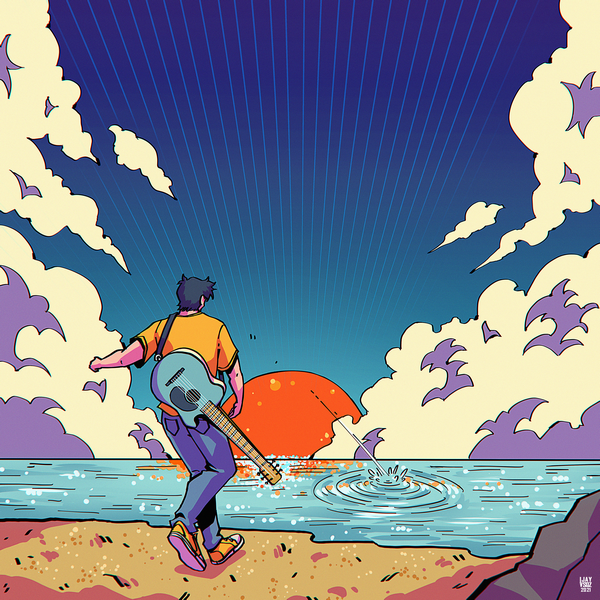 Gavin Conway is a singer/songwriter from Dublin  who began his exploits in music in secondary school, whilst playing music with friends, before attending Ballyfermot Rock School. Having established himself as a DJ In the Irish dance music scene, having played all corners of the country and held residences in some of Irelands biggest clubs, Gavin had time during covid to go back to his roots as a Singer/songwriter which he specialised in while attending BCFE. ‘Throw A Stone’ is Gavin's debut single, in which he follows the sound of his influences which include Stone Roses, The Charlatans and other Manchester artists. Having played Ultra Festival in Croatia twice and hosting his own Stage at Life Festival , Gavin is hoping to reach the same level he has in the dance music scene, but as a fledgling indie singer/songwriter.

Throw a Stone starts mainly with just strummed guitar before the beats and the rest create the club vibe, too heavy at times. Conway's vocal has quite a range and he has no trouble to put all the emotions necessary in the song. Lyrically, the song is quite simple, easy to follow and to listen to. The melody gets quite hypnotic towards the end, it swallows you if you let yourself be taken by it. The chorus hits lightly, confident in its power. A bright feeling pervades, as Conway invites his listeners to 'throw a stone'. Asked about what this means, Conway is visibly pleased. "One thing I'm proud of on this song - there really is meaning in every line. It's for each person to find their own version of what this song means. Metaphors, metaphors, metaphors." The second verse introduces a reserved but palpable electronic bass line, keeping the track engaging from start to finish