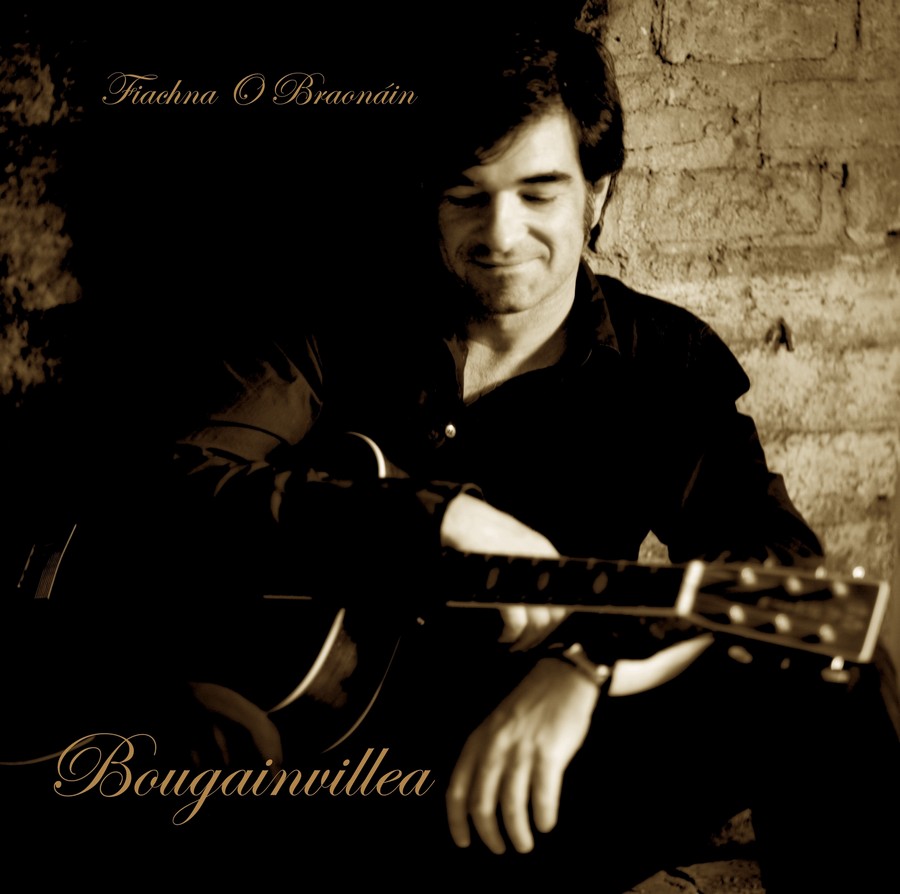 This eternaly smiling gentleman certainly doesn't need long introduction. Many of you know him as the guitarist of Ireland's Hothouse Flowers, others immediately recognize his voice on RTÉ Radio 1 where he's presenting Late Date and often stepping in for John Creedon when this is away.

Being raised on traditional Irish music, language and song, it's no wonder music itself became Fiachna's world early on. This is his first solo album, recorded in his one-bedroom apartment in Paris.

Kissed You has a catchy riff and the rock'n'roll feel that suits Ó Braonáin very much. He's an experienced performer who delivers the songs in a very confident but natural way and leaves no doubt about integrity.

Bottle of Rum slows the overall mood down, sets up much more romantic mood, you almost see candles being lit. Perhaps a song for a first dance? The warm vocal pulls the heart strings and you get exactly the same feeling as while listening to Ó Braonáin's radio shows - you could listen to his voice all night.

City of Love has that familiar love song feel but the distinctive vocal is telling us the story in an unmistakable manner.

The closing track Quel Désastre is a like a breath of fresh air on a predominantly English-sung album (perhaps a little bit of Irish is missing to complete the picture). Beautiful track that gets under your skin eventhough you may not understand the words. Nevertheless, music is an universal language.

While listening to Ó Braonáin's first solo album, you can't help but feel this collection has been kept a secret for some reason. The guitar skills are undeniable, the instrument is simply part of his being. And the voice...we've said it all...The album really should have a follower.