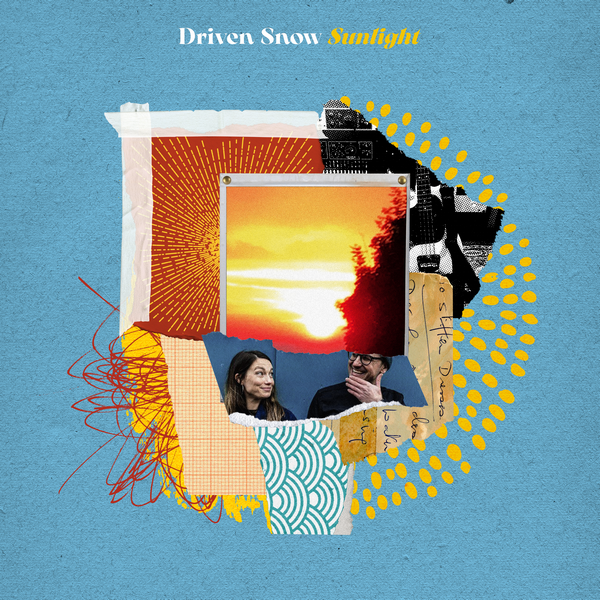 Tired of forever being sounding boards for each other’s songs, Kieran McGuinness (Delorentos) and Emily Aymler (Republic of Loose) have been working away quietly on a collaborative musical venture for a few years. Little by little Driven Snow began to emerge in the shape of a collection of songs that are at odds with, yet informed by, the duo's collective musical outings (Kieran as a lynchpin of Delorentos and Emily as a vocalist with Republic of Loose and Stars On Fire). The pair decamped (with children, grandparents and all) to Donegal, taking their musical sketches up to Tommy McLaughlin’s Attica Studios (Villagers, S.O.A.K., Pillow Queens) and encouraging them to grow into simple, gentle tunes with a big heart and a common soul.

Driven Snow is now ready to take a step into the real world... Their opening salvos offer a tantalising hint of the yearning curiosity in their songwriting via a mix of classic harmonies housed in uncluttered acoustic and electronic sounds. Influences include Neil Young, Beach House, Cat Power, Scandinavian TV shows and fireside beers. The realities of life as a musician in modern Ireland have never been more beautifully articulated.

For their new project Kieran and Emily have a simple aim: that Driven Snow will make music that they would listen to - music that means something.

Driven Snow’s latest offering, “Sunlight” (released by FIFA Records), continues Kieran and Emily’s musical story with a beautifully ethereal tune of laid-back melody, sublime harmonies and marshmallow beats.  “Sunlight” was the first song that the duo ever performed live - before they even had a name! It is a classic, cautionary tale of how easy it is to lose one’s way in life while reminding that, if you hang on to hope, it’s never too late to rediscover the right path!

Mixing, melding and balancing electronic and acoustic elements “Sunlight” could just be your perfect summer song! The dreamy sounds and melancholic vocals make this track perfect for a lazy hot summer day. The two vocals compliment each other and the result is pleasant to the ear, easy to sing along in the chorus, easing your mind in no time. Behind the seemingly simple melody lies another layer of deeper meaning, waiting to be discovered by those who pay attention.

Driven Snow’s début release, “Trying”, earlier this year brought the band a covered feature in Sunday Times Magazine as well as airplay throughout Ireland (including national playlists on RTE and BBC) as well as plays across the UK and as far afield as USA, Canada, France and Spain.

"Well, I know I'm trouble 'cause I've always been, I give up the teachings for a life of sin"