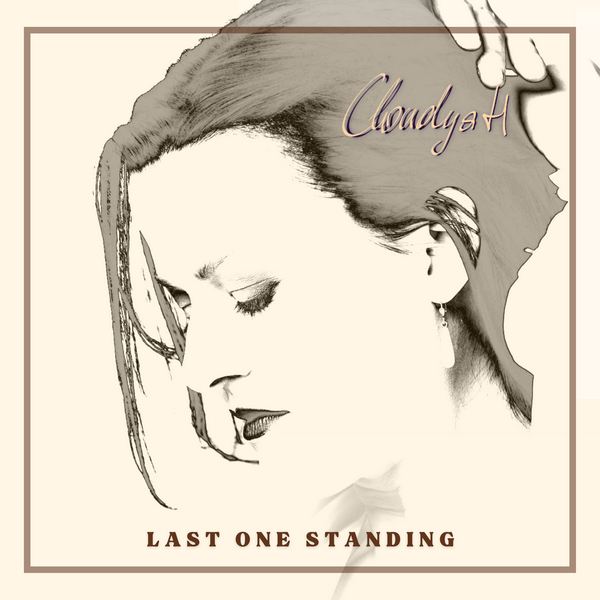 CloudyaH is the new project of Claudia Heidegger, songstress, multi-instrumentalist and acclaimed “virtuoso of the quiet tones'' (as she was dubbed by Austrian national broadcaster ORF Radio Tirol), pushing her long standing career as a delicately enchanting folk-songstress into a new direction. From a classical background via early Singer Songwriter Folk Projects in London and performing as a violinist with Irish folk band Shane Ó Fearghail & the Host, she appears to have found her true self and sound as a songwriter and producer.

Picking up the electric guitar, she electrifies, excites and brings to prove that elaborate indie sounds are just another part of her natural musical range. Spherical sounds and riffs, flattered by a transcendent voice, bitter and sweet as honey. She sings of the secrets of the world, lucid castles in the air, daredevil pilots and dubious fortune tellers, of men who leave and return as boys - her masterful, finely woven verses, removed from the long known acoustic calm, resound powerfully, intoxicatingly without losing their purism even for a second.
Almost disconcertingly beautiful, sometimes light as a feather, sometimes thundering and brilliant, CloudyaH shows us her phantoms of the imagination and castles in the clouds, filled with sound and smoke and fire.
Produced, mixed and recorded entirely by herself, her debut single Slowly Lets Go was released on April 8th 2022. A softly swaying waltz, shifting from dark into light, a gentle reminder that it is ok to walk at your own pace. This release marked the beginning of her collaboration with Viennese Indie Labels Between Music and ArGe Musik. The second single, LAST ONE STANDING, is a gentle story of holding your ground and guarding your light in a world that seems to crumble and fall around you. It’s the 2nd song in a series of releases leading up to a full album in 2023, all produced, mixed and recorded in the artist's living room studio in Vienna. Eerie loops and shimmering soundscapes, layers of vocals, violins and hidden truths. Step by step, one foot after the other.

Atmospheric intro sets the right mood for the track. CloudyaH's delicate vocal wraps around us like a velvet balsam, taking us by the hand and carefully taking us on the unknown road. With this guidance you are not affraid of the world because you know you're not alone. Somebody cares. Even if that somebody is your inner self.

"It started as a feeling that turned into a delight"