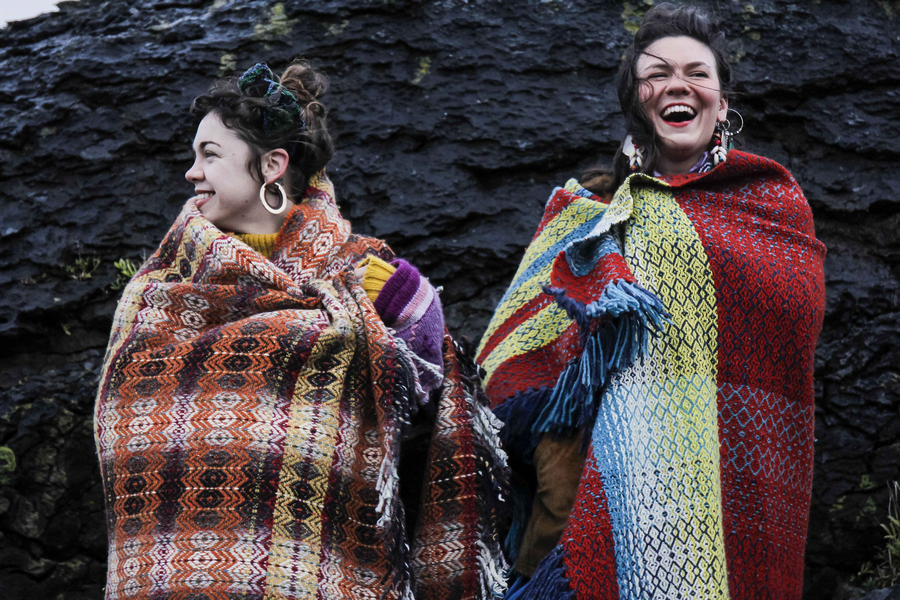 The Cork-born sixth generation fearless fiddler, singer-songwriter, and multi-instrumentalist Clare Sands is carefully crafting new macaronic works to be released throughout this year. The four-part series, titled ‘Tírdreacha agus Fuaimdreacha’ (Landscapes and Soundscapes), spans over four seasons, in the four provinces of Ireland, and features Clare Sands alongside four different collaborators: Susan O’Neill, Steve Cooney with Tommy Sands, Brídín, and Liam O Maonlaí. The project sees Sands embarking on an exploration of the crooks and crannies of Ireland’s sights and sounds, whilst breaking the boundaries of Irish music in an inviting, invigorating way.

Long-time friends and collaborators Clare Sands and Susan O’Neill were recently forced to brush their hair after being enticed out of their West of Ireland haunts to create this dark and dirty, big and bold, spine-tingling sea shanty. With Susan on trumpet, congas, vocals and dulcimer, and Sands on violin, cello, vocals, and synth, the wild west of Ireland women recorded, engineered and self-produced their debut single together in 72 hours on location in Co. Clare.

You can hear the soothing sound of the waves at the start of the song which is fitting as Clare Sands is an avid sea swimmer. The two vocals compliment each other, making a hymn out of this collaboration. Like long lost sisters who have finally found each other yet the connection has always been there.  Everything flows naturally, pure joy pouring out, it energizes you as a listener and you get carried away by the hypnotic rhytm. These two Celtic warrior women have a lot of to offer, without doubt.