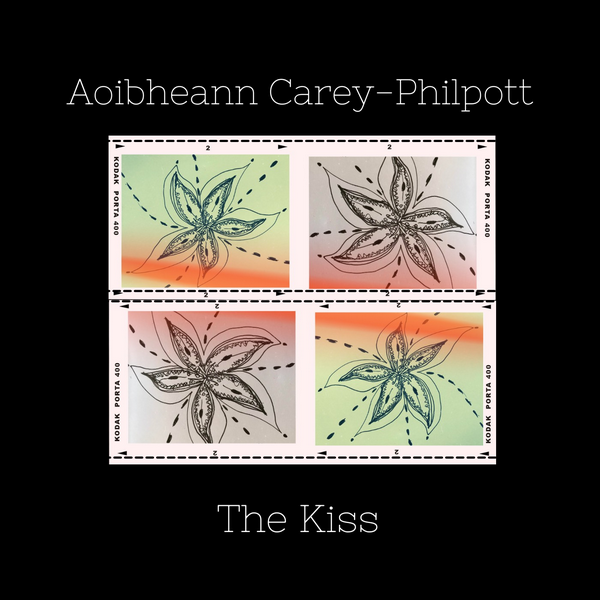 Former front woman of critically acclaimed noughties band Jodavino; popular Gospel choir director; vocalist with new Celtic collective, Emerald on Ivory, Cork woman Aoibheann Carey-Philpott has been kept busy these past three years since her last solo release. Widely recognised for her unique voice and magnetic stage presence, the singer-songwriter returns with some powerful new music, as part of a self-described “raison d’etre” EP entitled Fragments of Joy. It has been an exciting few months for Aoibheann Carey-Philpott. With two successful releases under her belt as 2020 drew to a close, there has been a sense of excitement about what 2021 would bring. Her first release of 2021 was "Beginning of the End" back in February and now she returns with something a little bit different, a cover.

What started as a collaboration with renowned LA-based musician, Dave Palmer, became a love affair with the song “The Kiss”, by the amazing Judee Sill.  Palmer had been working on a version of the song and asked Aoibheann to record vocals on it, remotely. Being unfamiliar with the piece, she dived into song and the story behind its enigmatic creator. Blown away by the poetry and pathos of “The Kiss”, Aoibheann felt compelled to record a version of the song and feels it is a fitting homage to a very brilliant artist. Produced by Declan O’Luasa of Leftbank Productions, Aoibheann is joined by Dave Palmer on keys, guitarist Joe Philpott, and O’Luasa completing the lineup on bass for her version of Judee Sill’s “The Kiss".

Evocative piano ballad heavy with emotions is something the romantics among the listeners are undoubtedly going to relate to. Carey-Philpott puts all her experience into this melancholic song, making it heartwarming and hopeful. Lyrically, the song shows the power of love and the desire of being with the object of your feelings. The dramatic piano accents the changes in the story, maintaining the listener's interest till the end. Carey-Philpott welcomes us with open arms, making us feel we're the only ones she's singing to.

"Stars bursting in the sky
Hear the sad nova's dying cry
Shimmering memory, come and hold me
While you show me how to fly"
Tweet