An emotional return to where it all began... 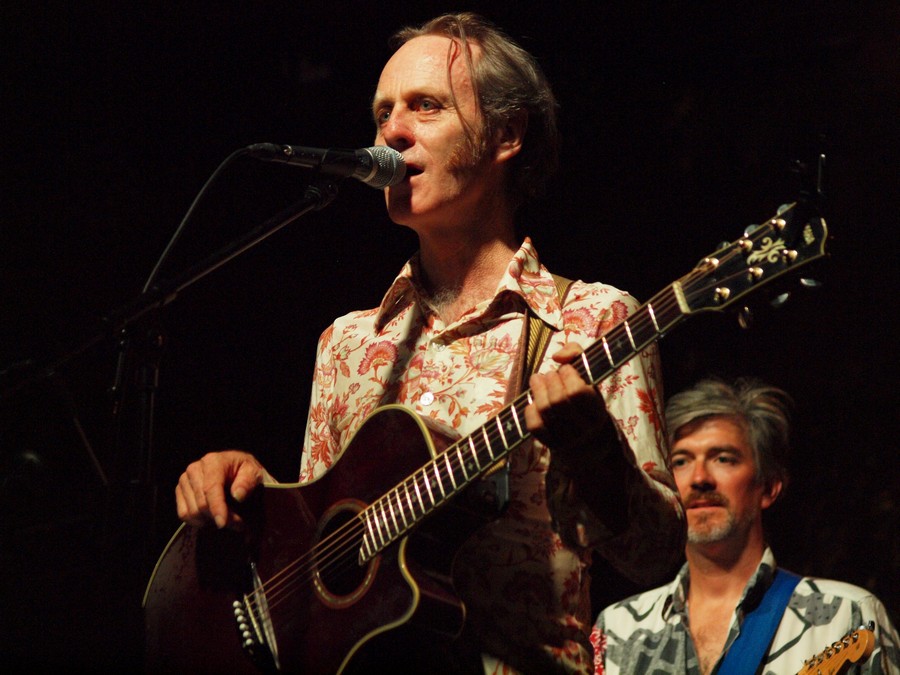 Folk holidays festival in Namest nad Oslavou, Czech Republic, is one of a kind. You don't see many festivals like that. It takes place in a small town and you get the impression you just came to a gathering of an extended family. The town comes alive, you keep meeting the same people and the barriers between performers and the audience almost vanish. The Irish cult band Interference fell in love with Namest on their first visit in 2005. They came back two years later and the long gap of 11 years followed before they were finally able to return. This return was highly anticipated but also very emotional. The lead singer and co-founder of the band, Fergus O'Farrell, passed away two years ago. He's dearly missed by all who loved him but they also know his presence is constant even though invisible.

There's another reason why coming back to Namest after such a long time is was powerful for the band. Colin Vearncombe aka Black, who came with them in 2007, tragically passed away in january 2016 about a week before Fergus. These losses were devastating for the band and it was music that literally saved them, helped them in the darkest times. Interference released their long-awaited album, The Sweet Spot, last February and Namest represented the first leg of this years Czech tour. 11 years seemed like forever.

The first day started with a little talk about Fergus, very relaxed setting in what reminded the band of their old home, Winstanley shoe factory. Everyone seemed visibly emotional but delighted to be back at the festival they (and Fergus alike) hold very close to their hearts.The talk was accompanied by photos from their previous visits being projected in the backround. Everything started on a powerful note, showing the trailer of Breaking Out, a documentary about Fergus' life that had been filmed over ten years by Michael McCormack who is currently putting the finishing touches to it. The film beautifully captures the story of an artist whom friendships and music kept alive.

Interference were the last band to play on Friday night. There was a sense of expectation from the audience and both excitement and maybe little nerves from the band members. Everyone knew this night is going to be very special and very unique also because this was the first time they played on a big stage without having their long-time close friend Glen Hansard there on vocals. The magic was definitely in the air. There were stars in the sky and there was no doubt Fergus was proudly watching his friends being back at this enchanting place again. Paul Tiernan was the lead singer this time and he did a fantastic job. You could feel the love in the air. Not only towards Fergus who was surely on everyone's mind with Colin alike but you could also see the bond between the musicians on stage. This is what is special about Interference - every single one of the members is an excellent musician but what connects them is the friendship and the bond they share. This combination takes the music to the next level.

The Friday gig wasn't the last performance by Interference in Namest. They performed a gorgeous acoustic set in the park of the Namest castle on Saturday August 4th. Some might say a setting like that was just made for them. There was even more magic in the air than the night before, you could feel the energy and the connection....Camilla Griehsel has won the audience the previous night with her angelic voice and the song Happiness which was part of this acoustic set as well. She also sang a beautiful version of a song Something right, one of the tracks from the new album. Papa was a rollin' stone is a well-known song and this rendition lead by Paul Tiernan and Camilla was so suitable to the overall atmosphere as the band was playing under a big tree with ocassional wind blowing around (it makes you think of a line from their song Titi, also from the new album "whichever way the wind blows" - this also being a title of the two celebratory gigs held in Cork and Dublin last February). The set ended with a beautifully haunting and meaningful song Sail On that acquires more and more meaning the more times it's sung...("when i see a shining flame falling through this burning night ill always think of you..")