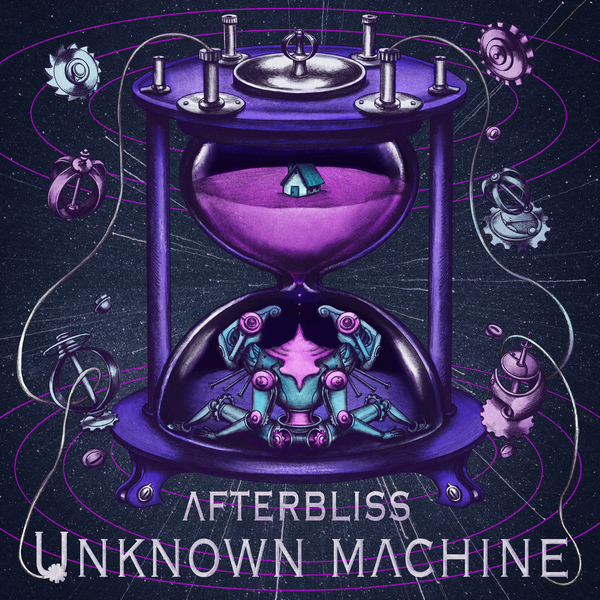 Locked and loaded with an arsenal of hard rock and synth pop hits is one of the most highly-anticipated bands to emerge from Ireland’s underground music scene in recent years, Afterbliss.While the pandemic era saw many bands pack up for good, the hard-hitting Irish quintet took to the studio, releasing a refreshing and eclectic mix of industrial pop/rock hit after hit. And as the world begins to recover from a two-year music drought, Afterbliss already has enough new material under its belt to hit the ground running and invade the ear-space of a frenzied music fan base ready for a synth-driven sonic assault.

Having only formed in 2019, Afterbliss has already cemented its position as one of Dublin’s most promising up-and-coming bands. The Irish group, composed of Evan Cassidy (vocals),
James O' Gorman (guitar), Shane Waldron (bass), and co-founders Alex Burcea (guitar/synth) and Ally Pender (drums), has periodically been in and out of the studio over the past two years, and released its first single, ‘Until Sunrise’, to critical acclaim towards the end of 2020. It wasn’t long until the chemistry between the talented musicians sparked another single
release, with the band putting ‘Kiss & Tell’ out into the world at the beginning of 2021 followed by its biggest hit, ‘Remnants’, in June. The combined efforts of legendary studio producer Alan Kelly and sound engineer Fergal Davies, along with the band’s unique panache for deliberately striking and synth-driven hard rock and industrial pop music, has seen the act featured on local airwaves and accumulate over 42,000 online streams to date. With the success they’ve seen so far, it’s no surprise that Afterbliss found themselves back in the studio with a whole catalogue of hits-in-the-making, most of which have made their way onto a jam-packed, high-energy EP set to be released in October 2021. The ‘Unknown Machine’ EP marks a new chapter in the young band’s career, filled with captivating rock anthems topped off with high-energy pop influences likened to the legendary The Killers, Muse, Editors and Manic Street Preachers, all compressed into a one-two musical masterpiece ready for fans to feast their ears on. What’s better yet, Afterbliss is set to play its first-ever headline performance at Whelan’s on 29th October, shortly after the EP is made available to the public, followed by a rock n’ roll tour to prove to the world that they are the real deal.

The energy of the band is more than clear in the opener of the EP, Remnants. Its infectious vibe has the power to get the attention even of the non-rockers.

Castaway is more melodic, more melancholic track yet maintaining the signature features of the band. There is something about Evan Cassidy's vocal that draws you in. What is striking is his vocal delivery, clear diction where you get every word without problems, this is not common in the genre yet it plays to the band's advantage. And it might be one of the elements that helps them gain their following.

Until Sunrise is laced with romance but the dose is well-measured. And once again, the band showscases their strength and power in its full force.There is a weird familiarity in the melody yet impossible to pinpoint.

Empty Space starts with sounds seemingly from another planet yet all fits in the concept both lyrically and musically.

Kiss_Tell closes the collection on a high note and with a bang!  you would expect something to follow this cracker of a song but you would have to wait a little longer. This is one of those tracks where you get the impression the band cannot play any louder and the singer gives it his absolute everything. The ending is cut abruptly, as if interrupted and it disturbs the dynamic a little.