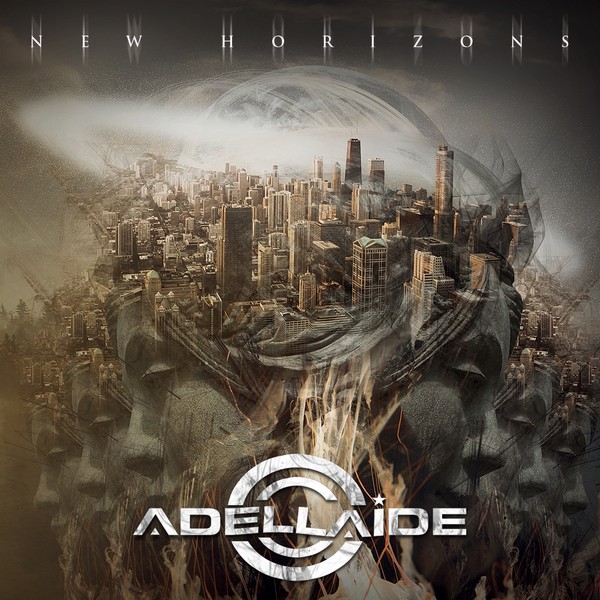 Adellaide was formed in 2016 with the proposal to make Melodic Hard Rock with A.O.R. elements, inspired by names such as: Journey, Survivor, Kansas, Asia, mixing it with a current sound like Lionville, Care of Night, Sonic Station, Wild Rose. The European label Lions Pride Music signed with the band to release the full debut album "Flying High" in October 2107 on CD and digital & streaming platforms worldwide, with the same professionals involved in the recording (Tito Falaschi and Joey Polycarpo), music production and cover of the previous work, the band recorded a videoclip of the song "Save Your Love and Learn to Live" by Sony Music and made it available on the Vevo platform. They now return with the second album called New Horizons, released through Lions Pride Music.

Times Hotel is a slower piece wih a nostalgic feel. Something that evokes the atmosphere of a misty winter evening when it begins, changing the dynamics as it develops. What stands out beside the typical instrumentation is the lead vocal. Clear, confident and passionate. The electric guitar is pretty dominant throughout this song, showcasing a few great solos that make the picture complete.

Tonight (Once In A Lifetime) starts with a gentle piano and even when the drums join in, it still continues as a peaceful, quite atmospheric track that paints the picture of a rainy evening before your eyes. The lead singer deserves a mention again, he's showing his abilities here. His delivery is evocative, yet without too much sentiment so the song itself doesn't make you cry, just think a little. The combination of eletric guitar, drums and piano sounds just right for this type of song, both melody- and lyric-wise. And the song ends nearly the same way it began, just with gentle piano and vocal that disappears at the end which adds a haunting layer to already interesting track.

It's Just A Matter of Time has everything a melodic rock classic has to have - a strong melody, catchy chorus and a resonating lead vocal. The electric guitar solos will stick somewhere in your head for the duration of the song.

There is something irresistible and ridiculously infectious about Oceania. You would find yourself dancing around, tapping your feet and humming the song long before you even realize it.

This is the melodic rock at its best.