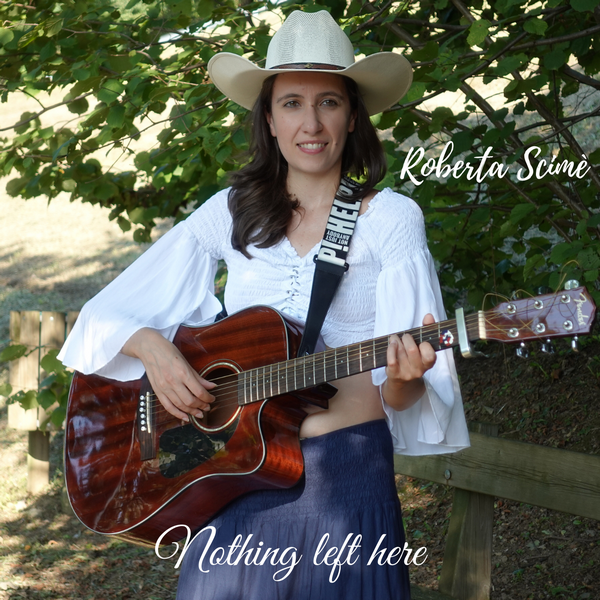 Born in 1989 in Sicily, Southern Italy, Roberta Scimè lives near Lake Como and she has always sung and listened to music. At the age of 9 she understood that music would be the most important thing in her life because she sang “Colors of the wind” from “Pocahontas” in front of her family:  that led her to write first songs in Italian at 10, while at 14 she started to play the guitar. Then she began to write songs in English, to play as a soloist and in groups and to study singing technique. In 2017 she started to play songs everywhere in Italy, participating and organizing a lot of musical events. In may 2018 she won two special prizes, while in august 2018 she won the First Prize of the New Proposals at the Live Song Festival in Traversetolo, Parma: the Italian composer and musician Fio Zanotti chose her as the winner. Her most important influences are The Beatles, Avril Lavigne, The Eagles, Joni Mitchell, Dolly Parton, Miley Cyrus, Sarah Jarosz, Sofia Talvik, First Aid Kit, Green Day and some Italian songwriters like De Gregori, De André, Paola Turci, Cesare Cremonini and Nomadi.

Her new single Nothing Left Here is a folk ballad about the thoughts of a girl, who thinks of her past, present and future, in a place and with a person that she wants to leave behind, while she tries to find herself again somewhere else. But she doesn’t understand that the hole is just inside her heart and it won't heal anywhere. Only time will help...

She wrote this song back in 2009 after a difficult time when she couldn't face the loss of a person and all she felt was anger and disappointment, because this person had left without any explanation or leaving any message.

Rich guitar picking and the voice full of emotions are the key ingredients of this track that starts gently before turning into a lively number. Roberta's vocal is mature, expressive and despite the somber circumstances that lead to the birth of this song the result is joyful and uplifting.

I’m sitting right here and ask myself why