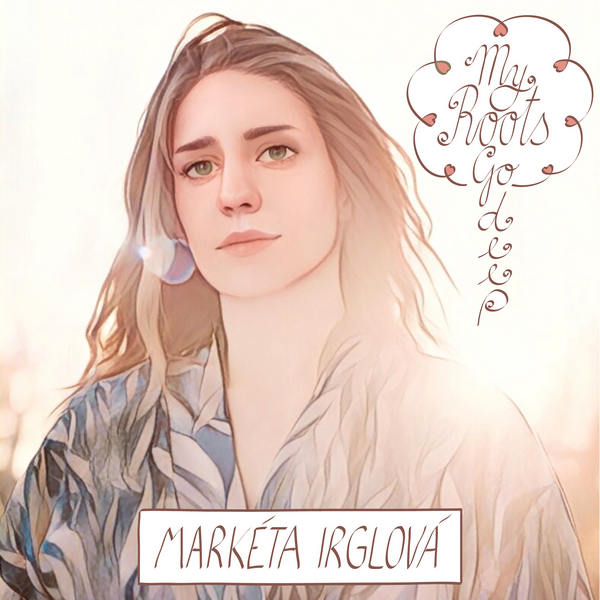 Markéta Irglová, the Academy Award winner known most famously for staring in the movie ‘ONCE’ and as one half of the duo The Swell Season, is ready to step back into the spotlight with LILA, her first record in over eight years. Irglová’s time away has been far from quiet as she married, had three children, and built a studio all while working on music near constantly in the intermitting years. While many artists are busy offering up their pandemic record, LILA is a work that has been long in progress. With its confessional-like nature, the record offers insight into Irglová’s journey and how she has managed to find balance in her career as an artist, wife and mother, while embracing the full paradox of love, which softens even as it provides strength.

The central premise of LILA’s nine-song journey is one of LOVE. It finds Irglová living her dream life offering insight into the healing power of love and being at peace with that which you cannot control. As Irglová states: "Simply sitting with things I can't change, rather than trying to solve them or run away from them, has brought me into a deeper place in my heart and I am grateful for that.”

LILA was conceived in Iceland with her partner/producer Sturla Mio Thorisson bringing Irglová’s vision into sharp focus. Recorded at the couple’s studio Masterkey, LILA is a showcase for Irglová’s exceptional piano and arrangement skills which have come to be known through her most famous song “Falling Slowly.” The singer-songwriter is joined by noted Finnish born / Irish based string player, Marja Gaynor, Czech guitarist Peter Moc, and Venezulan percussionist Manuel Barreto throughout the record.

LILA calls to mind the work of indie artists like Cat Power, Half Waif, and Damien Rice, while still touching on larger themes and styles that musically rest alongside more spiritual artists like Tori Amos, Sarah McLachlan, and Enya.

With her first single, ‘My Roots Go Deep’, Irglová looks back on her early and wandering days, leaving them behind as she makes her case for “letting down my roots” while “getting good at being still” prepared to “weather any storm.” The song, with its anthemic like refrain, was a highlight on her recent 15th Anniversary ONCE tour with Glen Hansard, prompting a standing ovation by song's end each night.  When you hear the song for the first time, the maturity is evident immediately. Both lyrically and musically, you realize Irglova isn't just the girl from Once anymore. She's much more than that. She's found her own sound but the fragility of the voice and the truth it the lyrics remain. There's gratitude in everything she creates. It certainly reflects her own life over the past decade.

The video shot by Icelandic cinematographer Anton Smari Gunnarsson was captured at Irglová's studio serving as a "summary of the growth and maturation that has taken place within me in the past few years." She notes how "we can practice holding peace in any circumstance. Growing roots and becoming our own centre, attracting all that is in our highest good to come to us.”

LILA takes its name from an Indian word that is often used in moments of serendipity where a higher power has interfered in a playful and well-meaning way. Being open to these invisible forces has helped Irglová navigate her art and life.

"Don’t you ever wish there was a word,
In a language everybody understands,
You could say when words were not enough,
To explain to others what your heart commands"