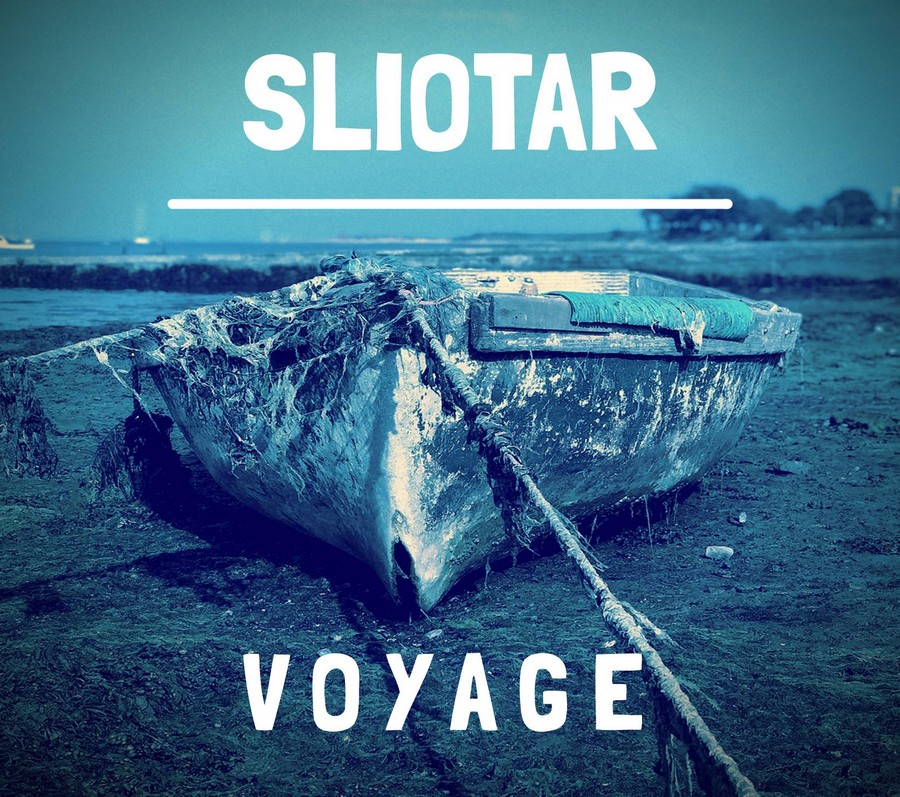 The long-anticipated new album by Irish modern Celtic band Sliotar is finally here. There is no better title than Voyage to capture all adventures and the history of the band. Those who are familiar with Sliotar's music can expect the familiar sound with the well-crafted songs and the tunes that simply can't keep your feet still. And what about those who just discovered the band? You're hooked forever.

The opening track "Tonight's the night" perfectly summs everything up. Not only the excitement of the band of finally having the album in hand but also the joy of the fans that the waiting is over and they can dive into the new material. And don't forget - Sliotar adds another layer of memories at every gig so the words " we might have never met before so let me say hello" or "i hope tonight we can all be friends" seem appropriate.

Ray MacCormack presents himself again as a master of the uilleann pipes, flutes and, of course, a singer with an impressive voice that the listener can enjoy the most in The Sweet Little Girl from Barnagh. A beautiful love story, the drums and guitar gently accompanying Ray's vocal. An old gem of a song taken to a new level.

He's also singing the lead in The Crow on The Cradle, a powerful dark ballad that has been around for ages, there's a live recording on the band's first, nowadays out of print album, The Porterhouse sessions but the song has never made it to the studio, until now.

Pain is a another masterpiece penned by Sliotar's lead singer and guitarist, JP Kallio. A gentle, evocative, thoughtful ballad whose impact on the listener is only highlighted by the saxophone, an instrument some might find suprising in Celtic music.

They say an artist's job is to observe the surroundings and react to what's going on. We see a clear example in I'm Not Ready, a song reacting to the housing crisis in Dublin in recent years and the thought of having to leave the place that's your home and move somewhere else.

With this album Sliotar invites you on a new and exciting chapter of their lives and the lads invite you to embark the ship with them.